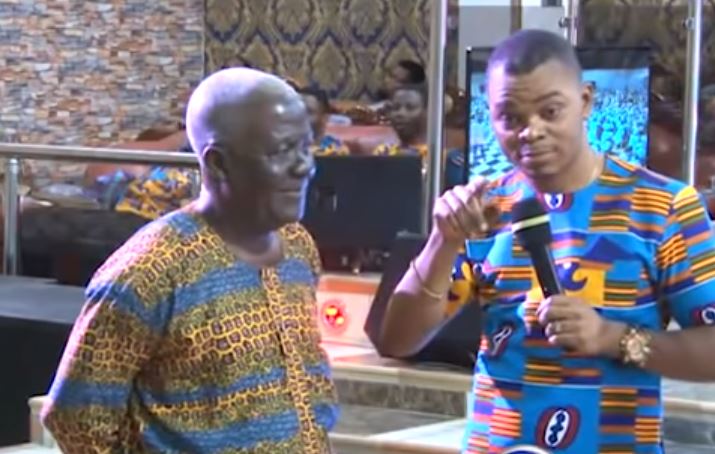 It was widely published in December 2019 that Bishop Obinim had gifted Paa George a house, a car and also added some amount of money for his upkeep. But it turns out that was completely not the reality, according to a recent interview the veteran actor granted.

Speaking in an interview on Max TV, Paa George revealed that Bishop Obinim was yet to give him a house as promised.

Paa George, who is a member of International God’s Way Church, said Obinim made the promise after he gifted him a car and money.

The actor also stated that Obinim was not so  happy, when he granted interviews about what the bishop had done for him some months ago.

According to Paa George,  he has been an active member of Bishop Obinim’s church for a long time and he believes that the bishop’s benevolence towards him was borne out of that.

He was hopeful Bishop Obinim may deliver his promise as he has already given a car and money.

Related Topics:Paa George and bishop Obinim
Up Next