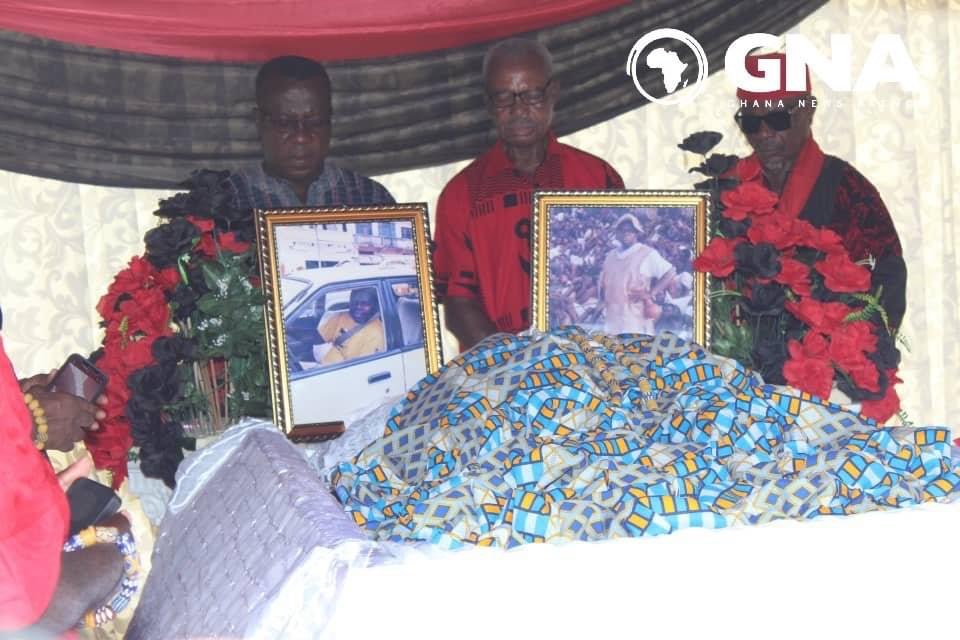 Veteran Ghanaian actor Psalm Adjeteyfio has been laid to rest at the La Public Cemetery.

The final funeral rites took place today (Saturday, June 4, 2022) at the forecourt of the Trade Fair Centre in Accra, where the mortal remains were laid in state.

In attendance were the media, the clergy and some actors of the ‘Taxi Driver’ series including Henry Harding (Osofagus) and George Quaye (Aboagye).

A thanksgiving service will be held on June 5, 2022, at the V.I.D.E. Ministries, opposite EV Filling station at Teshie Yoomo Sperce in Accra.

The actor passed away on April 8, 2022, from complications, ranging from cardiomegaly to high blood pressure.

The late TT starred in movies like Papa Lasisi, The Chosen One, American Boy, and The Scent of Danger.

TT will be remembered for his great acting skills and unique personality, which made him a household name in the late 1990s.

Watch a video from the funeral below:

My confidence in Nana Akufo-Addo’s administration is dissipating, the streets are hell- Prince David Osei

Bose Ogulu has told her son Burna Boy to “tone down the madness” as she celebrated his birthday. END_OF_DOCUMENT_TOKEN_TO_BE_REPLACED

The Hewale Lala (Song Of strength) hit maker Perez Musik gets ready to have his first-ever major concert. END_OF_DOCUMENT_TOKEN_TO_BE_REPLACED

Kofi Sonny, CEO of 610Music, a direct representative for Universal Music Group in Africa, unveiled two of his newly signed artistes to the world over the weekend. The event pulled in dignitaries from all over the globe to witness what many have dubbed “the birth of greatness.” END_OF_DOCUMENT_TOKEN_TO_BE_REPLACED

GuiltyBeatz is ringing in the summer! The Grammy-nominated Ghanaian producer and DJ is back with another dazzling solo effort – an Amapiano-infused dance anthem ‘Universe’ featuring Pop sensation, Mr Hudson and buzzing Ghanaian singer, Twitch 4EVA. END_OF_DOCUMENT_TOKEN_TO_BE_REPLACED