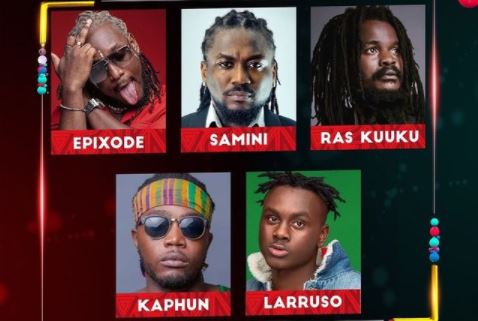 Reggae/Dancehall Artiste of the Year nominee, Epixode has said that his fellow contender, Samini, deserves to be honored. Rather than being put in the same category with the new crop of reggae/dancehall musicians.
He made this revelation on Simply Showbiz hosted by Mz Gee. Epixode said,

“I think Samini should be honored as a legend. He shouldn’t be mixed up with the kids. He deserves too much too to be put in these categories. Because he actually paved the way for some of us to follow. And as much as he is staying relevant, imagine a youth who just started a year or month ago wins this award over Samini. Me, I wouldn’t like it. So, Samini should just be honored as a Godfather.”

Addressing his ineligibility in the category, he asserted that a category win shouldn’t be based on only the songs. He said the whole genre should be comprehensively analyzed for the fairest outcome. And according to him, he has been a front liner and defended the genre.

He also mentioned that he has a few dancehall songs under the year of review, although these songs didn’t become a massive hit. He substantiated his claim with his performance at the VGMA X’perience Concert and VGMA launch.

Although he is hopeful for a win, not winning wouldn’t halt his pace in the industry.

VGMA22!! Here Are The Top 10 Artistes With Most Nominations