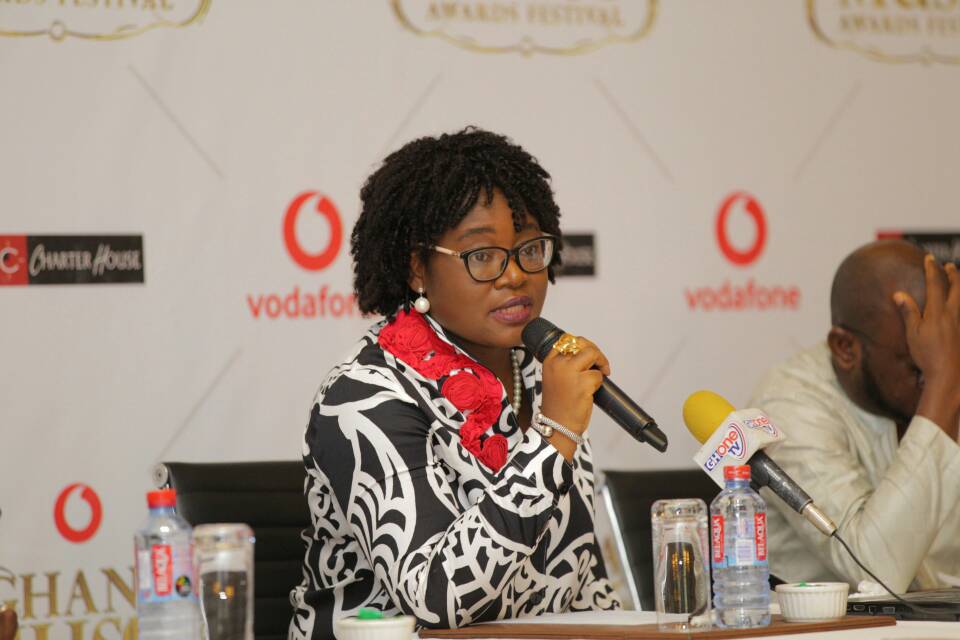 Chief Executive Officer of Charter House, Mr’s Theresa Ayaode has announced an expansion of voting platforms to include as many voters as possible for this year’s Vodafone Ghana Music Awards.

Making the announcement at the launch of the 21st Vodafone Ghana Music Awards, Mrs Theresa Ayoade stated that a web based voting platform will be included in the voting system to allow for many votes as possible.

“This year and going forward, we are happy to announce the expansion of our voting platforms to include as many people as possible, by including a web based voting platform which allows 1 free vote per category per person. All other voting will be by sms and the vgma voting app via Vodafone lines only. This platform allows up to 10 votes per person  per category,” she said in her speech at the launch.

The 21st Vodafone Ghana Music Awards Night Saturday is set for May 2nd 2020 at the Grand Arena, AICC.

#VGMA21: Stonebwoy,Shatta Wale ban a blessing in disguise for other artistes – Epixode

Calista Amoateng, 16, has arrived in Ghana after winning the 2022 Miss Teen Tourism World pageant in the Philippines. END_OF_DOCUMENT_TOKEN_TO_BE_REPLACED

Ghanaian actor, Eddie Nartey has bemoaned the current high cost of living in the country. END_OF_DOCUMENT_TOKEN_TO_BE_REPLACED

Self-acclaimed “King of Dancehall” Shatta Wale has hit a major milestone in his music career. END_OF_DOCUMENT_TOKEN_TO_BE_REPLACED

Despite a nasty end to their engagement, Nigerian Afro-beats superstar, Davido and his ex-fiancé and baby mama, Chioma still have a great relationship. END_OF_DOCUMENT_TOKEN_TO_BE_REPLACED

Nigerian superstar, TuFace Idibia has publicly apologised to his wife, Annie Idibia for constantly causing her and his family pain. END_OF_DOCUMENT_TOKEN_TO_BE_REPLACED