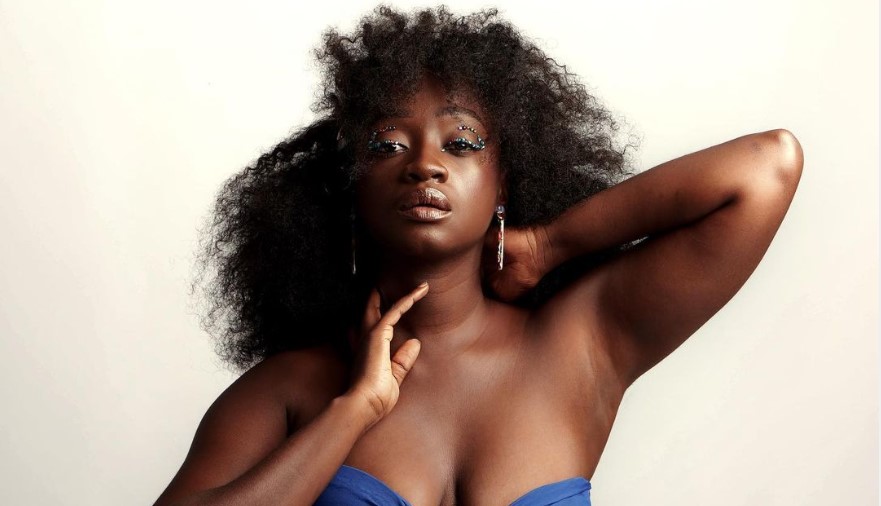 Ghanaian singer, Adomaa went on a long break from music and has revealed what influenced her decision.

When Adomaa entered the Ghana Music industry 7 years ago, she had little knowledge of what the future held and after getting into business with the wrong people, it all came crashing down.

In an exclusive interview with AmeyawTV, the ‘Be Your Own Beautiful’ singer opened up about how the music business put her in a bad mental health state to the point of being suicidal and needing therapy to heal.

Recounting the story, she said:

“I feel my introduction to the Ghana music industry happened very fast and I hadn’t had the time to process what I was doing. After a while, it just got very stressful and I had a breakdown. I had to stop music completely because it was that bad.”

“I got into some weird deals with some people that were supposed to help promote the music and it went really bad and it started to affect my mental health. It got to the point where I would have panic attacks when I had to perform and that’s when I decided to give up on music because I can’t come and kill myself,” she added.

However, acting became the saving grace that helped her kindle her love for music.

“After acting in Nigeria, I came back and went through therapy which made me realize I actually do love acting. I don’t think I have been as fulfilled with acting as much as I do with music. So right now I have made that decision for myself to come back to music.”

Adomaa is set to drop her self-titled music-movie project that seeks to share her story and journey as a creative in the entertainment industry.

Watch her share details about her comeback project in the full interview below.

My music is on hold, focusing on my acting career in Nollywood – Songstress Adomaa

Bose Ogulu has told her son Burna Boy to “tone down the madness” as she celebrated his birthday. END_OF_DOCUMENT_TOKEN_TO_BE_REPLACED

The Hewale Lala (Song Of strength) hit maker Perez Musik gets ready to have his first-ever major concert. END_OF_DOCUMENT_TOKEN_TO_BE_REPLACED

Kofi Sonny, CEO of 610Music, a direct representative for Universal Music Group in Africa, unveiled two of his newly signed artistes to the world over the weekend. The event pulled in dignitaries from all over the globe to witness what many have dubbed “the birth of greatness.” END_OF_DOCUMENT_TOKEN_TO_BE_REPLACED

GuiltyBeatz is ringing in the summer! The Grammy-nominated Ghanaian producer and DJ is back with another dazzling solo effort – an Amapiano-infused dance anthem ‘Universe’ featuring Pop sensation, Mr Hudson and buzzing Ghanaian singer, Twitch 4EVA. END_OF_DOCUMENT_TOKEN_TO_BE_REPLACED