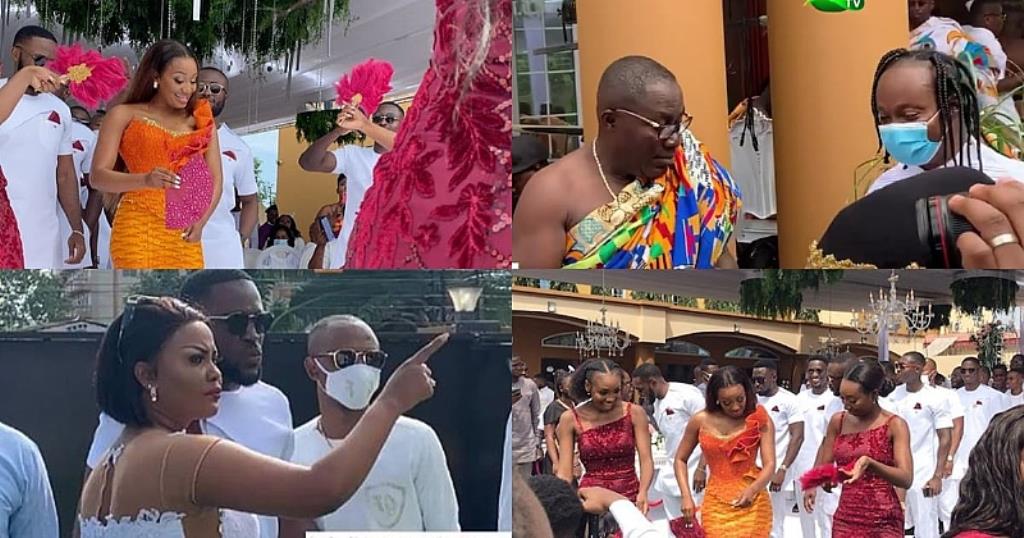 Ghana’s Social media scene, on Thursday, was flooded with photos and videos from the traditional wedding Richard Peprah and Cindy Ofori Sarpong, dubbed as #ciri2020.

Highlights from the ceremony included performances from the likes of Amakye Dede, Akwaboah and many others .

Ernest Ofori Sarpong had a very humble beginning, in the 1990s he formed the SARPONG VENTURES LTD, an import and trading business, and with dedication and hardwork, briefly after the establishment , the firm became very famous in the Central Accra District.From there, he set up the SPECIAL INVESTMENTS LTD, a real estate company that can currently boast of significant numbers of estates in the country.

Dr. Sarpong in collaboration with his close ally, Dr Osei-Kwame Despite formed the United 2 Co. Ltd which is a holding company for the U2 SALT LTD ,a 600 acre salt mining company and a refinery at Winneba in the Central Region and co-partnered in setting up a television station by name UNITED TELEVISION (UTV Ltd) which is currently one of the leading TV stations in the country. He is also the owner of the SPECIAL ICE LTD which can currently boast of two factories in Accra and Kumasi.