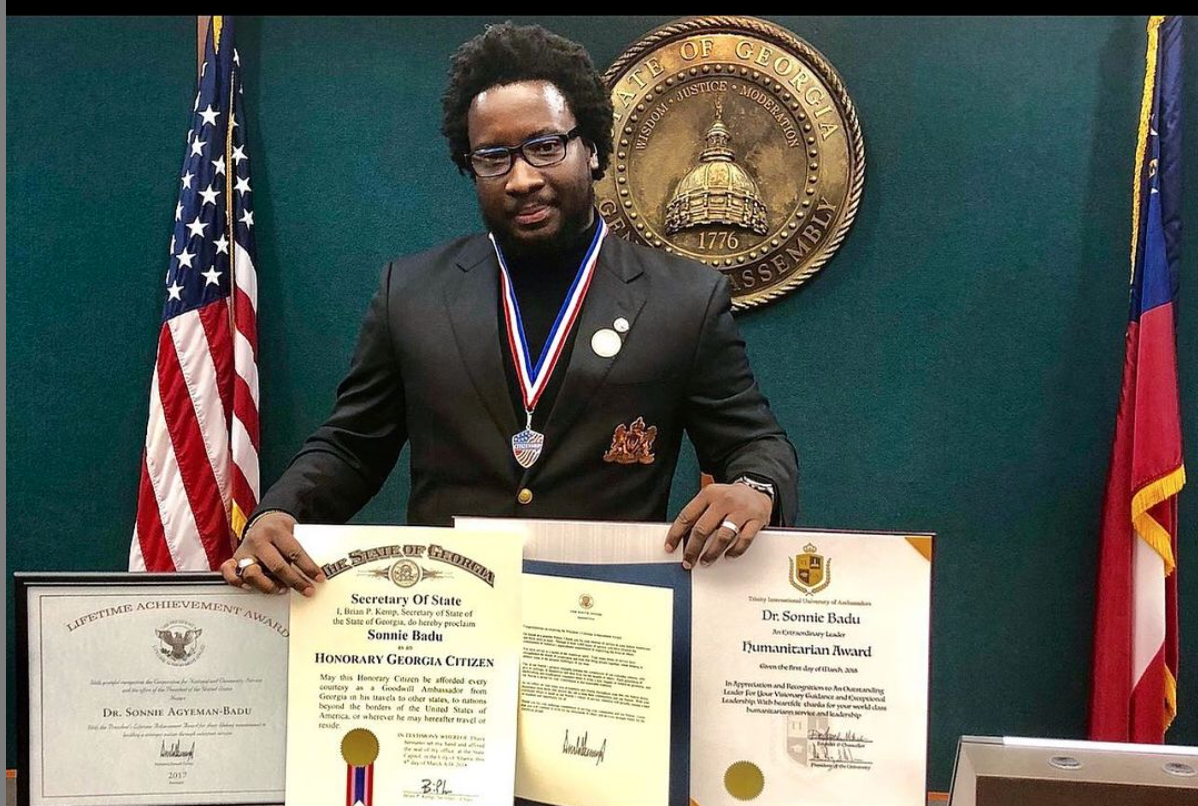 Over the week, Lead Pastor of the RockHill Church, Sonnie Badu has been on the trends of social media after news broke that he has been awarded three new different degrees in the space of four months.

The singer-songwriter announced that he had been awarded a Bachelors degree in Ministry, Masters degree in Christian leadership and a Doctorate in Musicology.

His announcement came as a shock to social media users who can not fathom how he was able to study for three different degrees in the space of four months.

Reacting to the comments in a video, the Singer and Preacher indicated that he is where he is today because he has worked so hard to achieve whatever that is coming his way.

“Those who understand it better, they get it better. The reason why I am where I am and achieved so much and I say this with a lot of pride because I have worked very hard. Still working very hard, still writing, this year I am to write 12 books but I changed any mind to make it twenty-four books so still building is because its very important that in life we learn from those who have gone ahead of us in life,” Sonnie is heard saying in the video.

“A little advice to the youth, learn from people who have worked hard. Trying to trend out of somebody’s handwork is not the right way to go if we want Africa to move forward, if we want Africa to do well then we have to work very hard. When you see somebody doing well, you push them you support them  forward you push them because you never know when you are going to need them, especially those from my country Ghana.

“I don’t have a problem if somebody comes up to me to explain but when somebody goes out, misquote you, I don’t back out you know me, I roar back those doing this be careful it’s not anybody you play with, I am actually working on my PhD on Theology as well, I am done with Philosophy I am doing my Theology, I just don’t come out to tell the world this is what I am studying. But if you see me you know this man is a very educated man.

“When I started ministry some of you were students in school, Senior High, Junior High, whatever but today internet gives you strength to go on to talk. I don’t even know how old they are, have the audacity to disrespect and others are jumping, it doesn’t move me, it doesn’t touch me because I know their mindset that’s why I don’t live there, I know the mindset of my people.”

Sonnie Badu to write 24 books this year, reveals the initial plan was to write 12