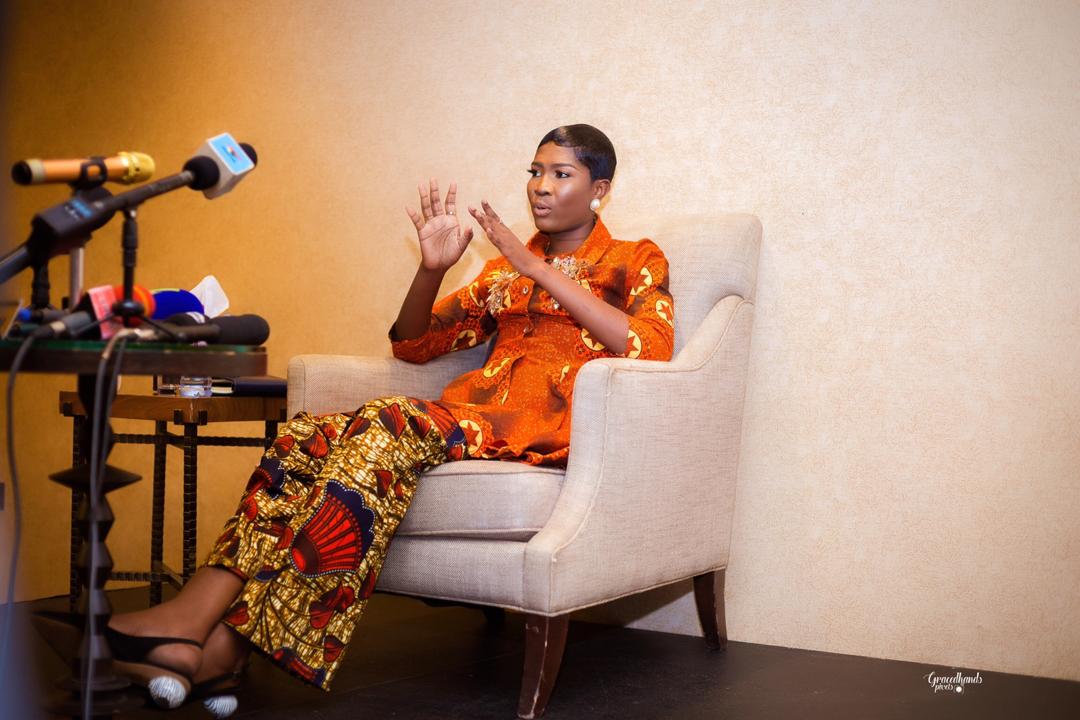 An education and training consultancy firm Educational consultancy firm, Caroline Group has launched a number of initiatives in furtherance of the development of the sector.

During the press launch in Accra, on June 26, Chief Executive Officer of the Caroline Group of Companies, Caroline Esinam added that the initiatives were on the back of emerging trends such as online learning and other forms in the face of the COVID-19 pandemic.

28-year-old, Caroline Esinam Adzogble and her Group hope to make education more accessible and affordable. Based on her activities in improving the educational space for students in the sub-region, she has been touted by many as the ‘face of education in Africa.’

Speaking at the launch of the Caroline group of companies, the Chief Executive Officer (CEO) of the company, Caroline Esinam Adzogble indicated that her company will kick starts projects in July 2020.
“On my commitment to Philanthropy, starting July I am redefining prison reform. I will be going to the Nsawam women’s prison and I will be installing sanitary pad banks on site and I will be donating 1,000 sanitary pads every year. I will be starting with the Nsawam prisons and I will continue to other prisons across the globe. I will also be doing donations of beauty items to the ladies in some of these prisons.
She noted her company will be paying fines for females who are serving sentences because they could not afford to pay fines slapped on them.
“I will also be paying fines for some of these women. I believe some of them are behind bars because they could not pay their fines, so I will be coming in to pay the fines for them so that they don’t end up in jail.”
Other initiatives which she would be adding include; Caroline TV and Radio (360 education channel which is going to solely focus on everything that entails education)
Her first personal school tour in senior high schools, universities to help them understand education being the greatest tool they have.
When women succeed conferences which will be hosted by herself and other women whom she calls Power Houses to address topics affecting women in diversity, equality, work-life balance, unfair pay grades as well as for them to share their entrepreneurial journey to motivate the youth. The women includes;Berla Mundi, Dzigbordi Kwaku, Audrey Swatson (Youngest Female Pilot), Lady Ohemaa (Young Female Lawyer) etc.
Ms Caroline stated she has 2years more to retire as she hopes to train more people for consultancy as well as apply more knowledge and trainings. She hopes to be in other countries to establish her companies before retiring at 30.
She used the opportunity to state that she is the only sole owner of the Company and nothing was handed to her neither does she have any Ghanaian partners since all her partners are abroad.
She congratulated all women doing so well for themselves to keep us the champions spirit in aiming high to achieve their goals. She advised the youth to stay true to themselves and not let social media or society pressure them into something they don’t have passion for.
She stated in her final submission that her doors are opened for business, collaborations, partners etc.
More information about the group can be found on www.carolinegroup.com.
Follow her on social media Facebook | Instagram | LinkedIn is @CAdzogble
For further details E-mail: info@carolinegroup.com or call +233-244-271-978
Related Topics:Caroline Group
Up Next