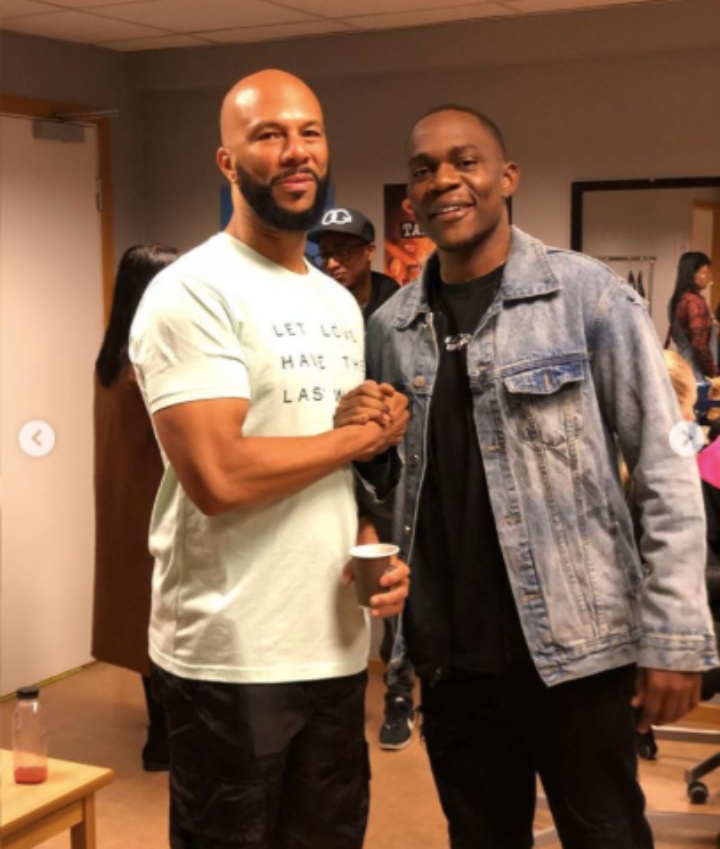 Ghanaian rapper, Gemini had the opportunity to meet up with American rapper, Common during the Oslo leg of the latter’s ‘Let Love Tour’.

Gemini posted a video of himself playing his latest single ‘Change Your Style’ for the American rapper, who was seen enjoying the music and nodding his head.

Had the opportunity to chop a few things up and play my new single’s video #ChangeYourStyle to @common when his #letlovetour lit up Oslo city last night and his reaction tells it ALL. Big up @djdummy the genius💯 & my Queen @mercyyz 💥 NOW YOU GO CHECK IT OUT TOO!! Link in Bio Swipe for pics 👉🏾

In July this year, Common released his brand-new memoir, Let Love Have the Last Word, in which he gets open and honest with fans about his life experiences. He later followed up with an  accompanying new album of the same name inspired by his work on the memoir.

“I decided to make this album because my team was like, ‘With the release of the book, you should share this story,'” Common told attendees. “I use music as an outlet. The book was really personal, and as an artist, I really wanted to express that in my music as well.”

Gemini released the music video for ‘Change Your Style’ in August. The track produced by Fantom & Nabeyin. Check out the video below

Leading online betting and gaming company betPawa have provided IT equipment to the Gaming Commission of Ghana for the creation of a Responsible Gaming Call Center at the Commission. END_OF_DOCUMENT_TOKEN_TO_BE_REPLACED

Comic & satirical artiste, Wicked Queen J has intensified her beef with comic actor, DKB with a reply to his jabs following the release of her controversial ‘Ayew’ single. END_OF_DOCUMENT_TOKEN_TO_BE_REPLACED

Fast rising music star from Ghana: King Enam has never stopped being consistent with his craft since day one of his inception onto the music scene in Ghana.
END_OF_DOCUMENT_TOKEN_TO_BE_REPLACED