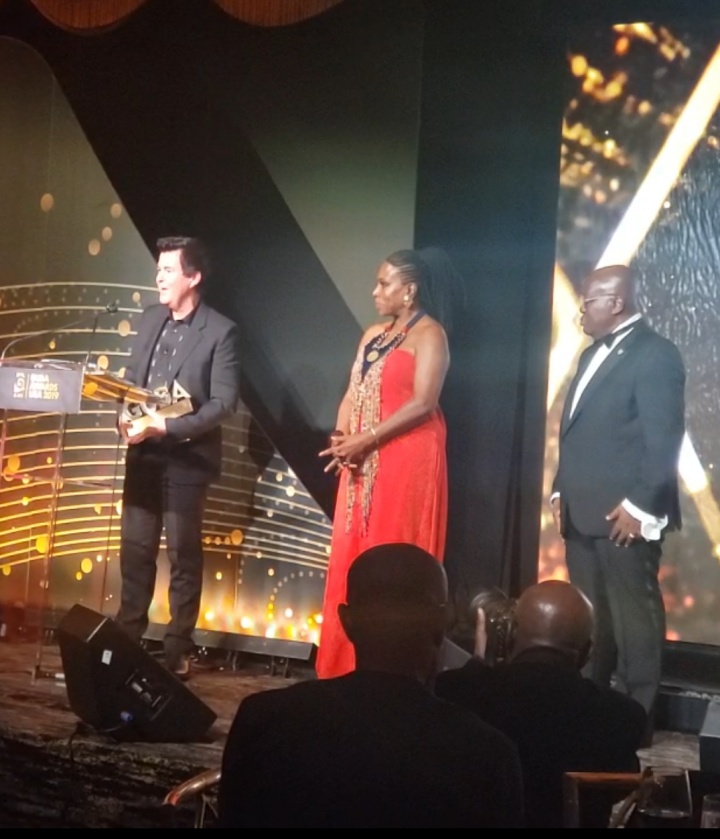 The award presented by the president of Ghana, Nana Akufo-Addo, was in recognition of Fuller’s charity works and more. Simon Fuller has championed many good causes through his working life including The Prince’s Trust, Amnesty International, Save the Children, United Nations Foundation, UNICEF, Greenpeace, WWF and Comic Relief. His idea for a philanthropic TV platform Idol Gives Back raised well over $185 million for US and African charities.

In 2009, Simon Fuller founded Malaria No More UK in London, donating resources and funds to allow the charity to lead the fight against malaria. Fuller remains a passionate ambassador for the cause and has shared his own experience of malaria with the charity.

Receiving the GUBA Awards honours, Fuller highlighted his love for Africa which started from his five years stay in Ghana as a child. He was born in Cyprus, where his father, a Royal Air Force pilot, had established a school. Later the family moved to Accra, where his father was the headmaster of the British Military School in Burma Camp.
Simon Fuller is best known for being the creator of the Idol franchise, which was first seen in the UK under the name Pop Idol, and includes American Idol in the U.S. Fuller is also the executive producer of several shows including So You Think You Can Dance and Q’Viva.

Related Topics:Simon Fuller
Up Next

WATCH: ‘I am grateful to Stonebwoy but he was NEVER proud of me’ -Kelvyn Boy

“My wife is not my new manager” – Stonebwoy

Broadcaster, Serwaa Amihere has advised women not to put too much stress on their men as they may be going through a lot. END_OF_DOCUMENT_TOKEN_TO_BE_REPLACED

Dr. Edem Mahu from the University of Ghana, has received the “Africa Award for Research Excellence in Ocean Sciences” from AGU. END_OF_DOCUMENT_TOKEN_TO_BE_REPLACED

A brand-new Alisa Hotel location in Tema was unveiled on Friday, September 30, 2022 in pomp.  END_OF_DOCUMENT_TOKEN_TO_BE_REPLACED

With effect from October 1, 2022, Brussels Airlines will be one of many European airlines utilizing Aviance Ghana Limited’s services for all of its passenger and ground handling activities. END_OF_DOCUMENT_TOKEN_TO_BE_REPLACED

Music producer and artist Nektunez has a new family. END_OF_DOCUMENT_TOKEN_TO_BE_REPLACED