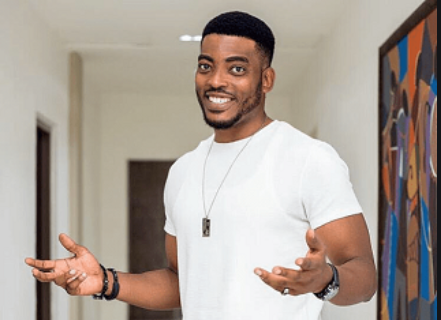 Actor, James Gardiner, has tasked Ghanaians to follow the steps of ants by saving up for tougher times.

According to the actor, economic hardship is a normal phenomenon that happens to countries globally although he says “it’s not an interesting place to be.”

“I think it’s everywhere. Just like the ants, you stock up for dry days. The days that you don’t have it in abundance, you go to your reserve,” he told JoyNews’ Doreen Avio.

His comment comes after several agitations among Ghanaians regarding the increase in tariffs and the implementation of the Communications Service Tax.

The Public Utilities Regulatory Commission (PURC) recently announced 5.94% and 2.22% increment in electricity and water tariffs, respectively. Communications Service Tax which was previously set for 6%, has also been raised to 9%. All took effect from October 1.

James Gardiner said that people have to be smart especially in times of these economic hardships.

He advise people to “try and not put all your eggs into one basket, because when you do that you tend to fail, rather than succeed.”

James Gardiner added that although he does not have the facts on why the government is making some of the decisions on tariffs, he believes it is up to it to make the living conditions better for the people.

“They are in the driving seats as it stands now, so, I think that’s why everyone would sort of rightfully point accusing fingers at them,” he said.

Watch the interview below:

WATCH: Wayoosi reveals the shocking number of alcoholic drinks he takes in a day

Related Topics:James Gardiner
Up Next

Wizkid and I are friends with ‘benefits’ – Tiwa Savage

The voting portal for the 2022 edition of the All Africa Music Awards (AFRIMA) opened to the public on Sunday, 25 September at 21:00 (CAT), to decide the winners of each of the 39 award categories, globally. END_OF_DOCUMENT_TOKEN_TO_BE_REPLACED

Ghanaian actress, Yvonne Nelson has issued an apology on behalf of Ghanaians to Stephen Appiah and his Black Stars colleagues. END_OF_DOCUMENT_TOKEN_TO_BE_REPLACED

Professor Elsie A. B. Effah Kaufmann, host of the popular National Science and Maths Quiz has shared a bit of her private life. END_OF_DOCUMENT_TOKEN_TO_BE_REPLACED

As the only Ghanaian female artist to perform on the Global Citizen Festival stage at the Black Star Square last night, Gyakie did an incredible job representing the country and doing her part in being a contributing voice for global change. END_OF_DOCUMENT_TOKEN_TO_BE_REPLACED

Although Ghanaians appreciate Professor Elsie A. B. Effah Kaufmann as the Quiz Mistress of the popular National Science and Maths Quiz, there are other things that they love about her. END_OF_DOCUMENT_TOKEN_TO_BE_REPLACED