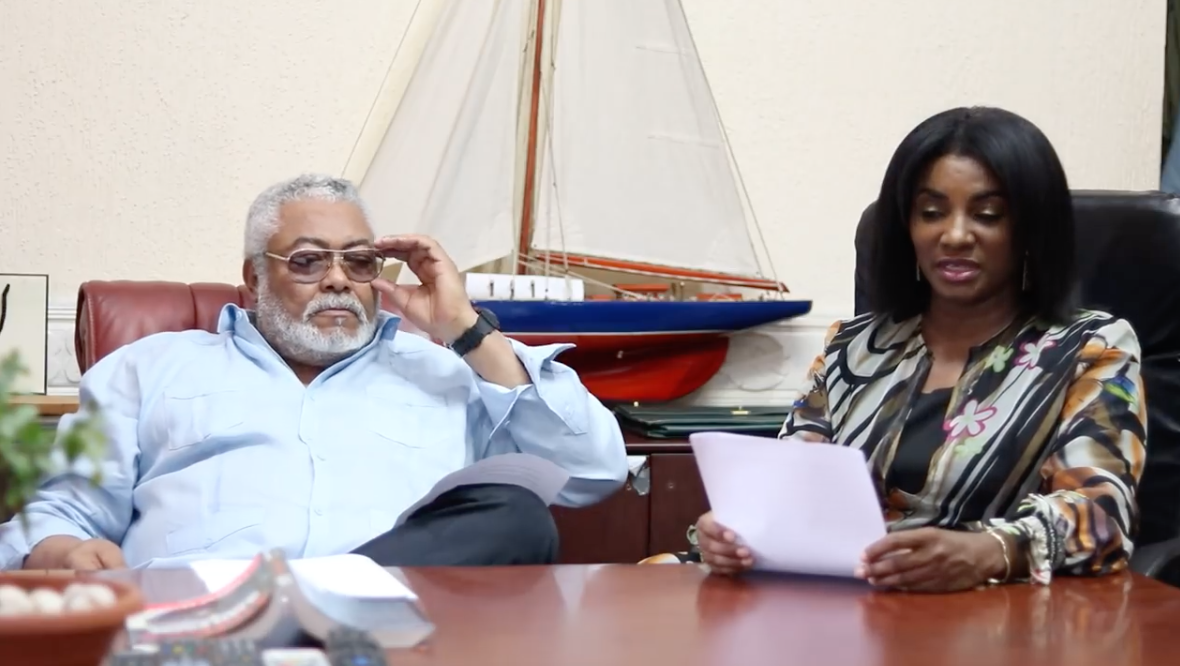 In a three-minute video, Mr. Rawlings expressed his excitement about how Bolton, affectionately called D’Kaybee composed the song and projected the rich African culture to the rest of the world.

“The music video reflects excellence multi-talented David attaches to all he does. I must say that I feel proud of what he has achieved,” he says.

Acknowledging the numerous talents the country has as regards the music industry, Rawlings said although some artistes are doing well with their crafts, several others have been punctuating their works with vulgar lyrics but Bolton has maintained a clean image since day one of his music journey.

He said: “Ghana boasted of some great musicians and the younger ones are doing their best with the dancehall, hiplife, afrobeat etc. But sometimes, it’s difficult to decipher any positive theme from some of their lyrics. Music and musicians have gained a negative reputation in recent times.

“Profane lyrics seem to have become pervasive in some of the music produced in Ghana today and some of the music videos are equally distasteful; often portraying women as sexual objects to be used and disrespected.

“David’s new video has shown that music and reggae can be tastefully composed.”

The tune features Samini and was co-written by Pricky Yardie.

Inasmuch as ‘Odo Frofro’ is a love song, it also exhibits the enviable cultural heritage of Ghana as the nation celebrates ‘The Year of Return’.

The music video features scenes from cultural displays at Ekumfi-Otuam in the Central Region of Ghana as well as Kente and other cultural materials.

Watch: Moesha Bodoung hangs out with Neyo in L.A

Exclusive Highlights from launch of Kelvynboy’s ‘T.I.M.E’ EP with Joey B, Kidi, Stonebwoy and more