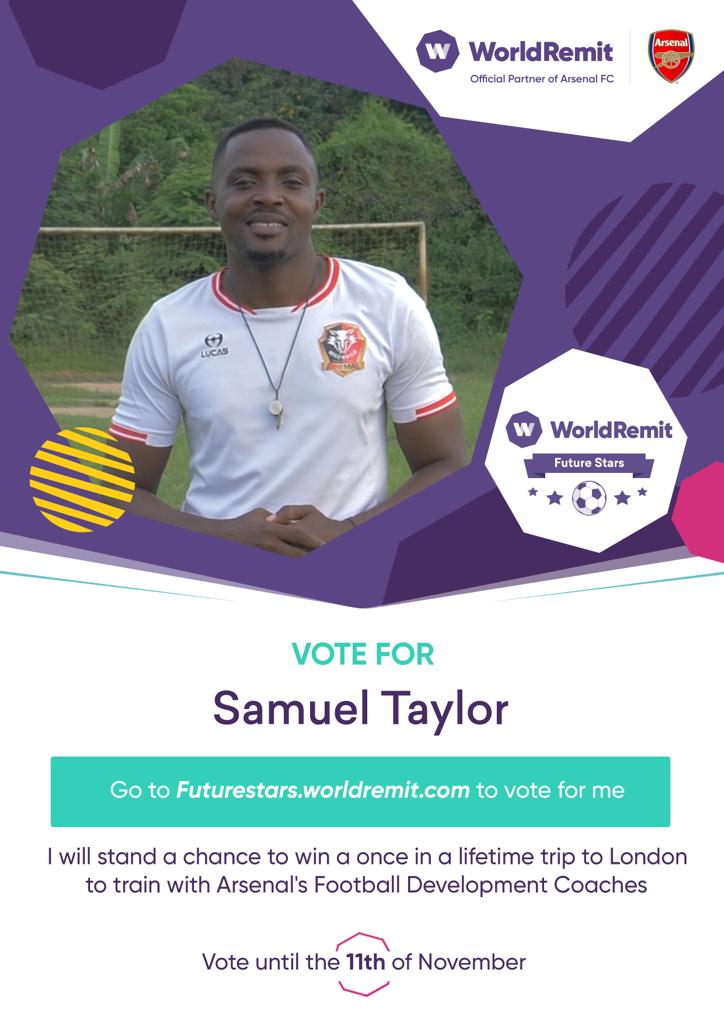 A Ghanaian coach, Samuel Taylor, has been selected as a finalist by Arsenal and WorldRemit for the “Future Stars” youth coaching programme.

Samuel coaches under 13, under 15 and under 17 teams at Em Sporting Club, which is located in a rural area near Accra.

A passionate football player himself, he decided to start coaching to bring together children and coaches from neighbouring villages to enjoy football together.

In August, World Remit and Arsenal Football club launched its “FUTURE STARS” Competition targeting youth football coaches across Africa, the Americas and the Caribbean. out of all the global submissions, a panel of Judges from Arsenal and it’s official online partner WorldRemit selected eight finalists including Ghana’s, Samuel Taylor.

Samuel and the other Future Stars finalists will now compete in a public vote for the chance to attend a personalised training programme with Arsenal Football Development coaches in London – sponsored by online money transfer company, WorldRemit. Two winners will be chosen – one male and one female.

Samuel says that, if he were to win the training session with Arsenal Football Development, he would use the opportunity to share learnings with the local football community and enhance the standard of coaching.

Voting is open until 11th November on www.futurestars.worldremit.com!