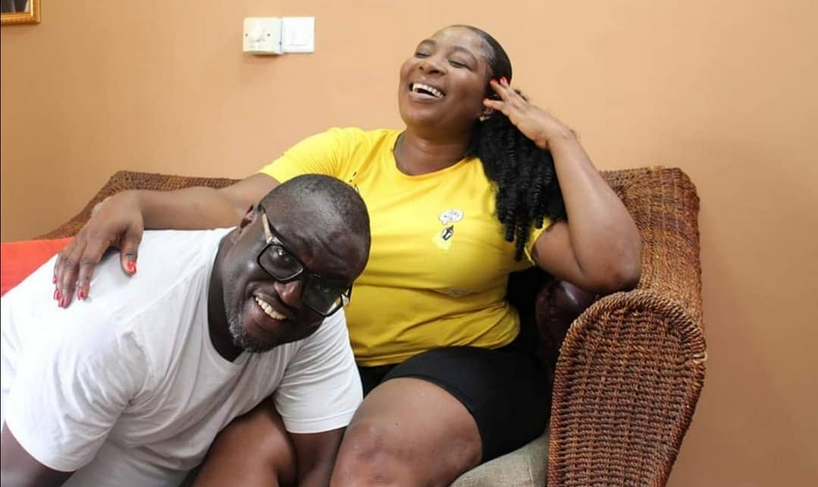 Photos from their announcement had many wondering if the couple will soon be getting married. They have both reacted to these rumors. Gloria Sarfo and Dada Boat have broken silence in a phone-in interview on Peace FM’s Entertainment Review show.

The two actors who were together as of the time the host called in for the interview did not give detailed responses to confirm whether they were marrying or not.

According to Dada Boat, there’s nothing bad if he marries Gloria Sarfo. Gloria Sarfo in her response to the marriage rumors said that she’s a very private person and does not like to make her relationship matters public hence will not talk much.

Is love in the air for Gloria Sarfo and Mikki Berko (Dada Boat)?

Watch: I had a mild crush on Michael Essien- Chimamanda Adichie

Watch: Lord Kenya visits Okomfour Kwadee at his rehab center, vows to help him get better

Legendary Ghanaian highlife musician and performer, Kwabena Kwabena has revealed what inspires him to get his lyric juices flowing.  END_OF_DOCUMENT_TOKEN_TO_BE_REPLACED

Ghanaian Media Personality, Jessica Opare Saforo has stated that working for close to two decades in the media took the best parts of her life. END_OF_DOCUMENT_TOKEN_TO_BE_REPLACED