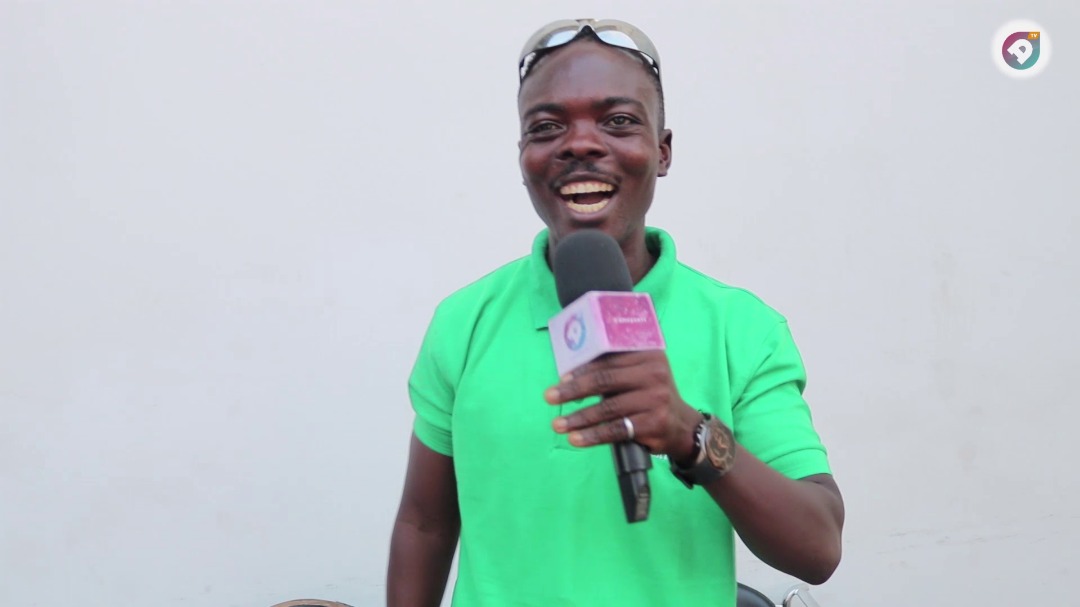 Viral internet sensation, Mr. Eventuarry has revealed that he has left his taxi business on hold and is now focused on his God-given talent of making people laugh.

In an interview with AmeyawTV at the opening of the new Eddy’s Pizza Ring Road, Mr Eventuarry said he is no more a taxi driver and is currently working on his comic skills to entertain people.

Speaking in Fante, he said: “With the taxi work, because of my comic gigs, I’m more focused on that and put the taxi business on hold. Because if God gives you a talent and you’e not able to work with it He might take it back. When you make people happy, God gets happy. God gave me this talent to make people happy through my videos so I am currently determined to do that.”

Mr Eventuarry who recently revealed that he sacked his first manager because he took all the money he was making said he is optimistic he’ll last in the entertainment industry if he gets a new management team.

“I believe in God that I will last for long if I get a good management team. If they will be able to give me great creative ideas and advice, they will help me last longer.”

The former taxi driver became a social media star after hilarious videos of him surfaced online. He is currently featured in the latest episode of popular TV show ‘Kejetia vs Makola’.

Watch: Meet the shortest rapper in Ghana with 2 songs in his 10yr career

YearOfReturn: “Ghana is home, our soul is here”- Steve Harvey calls on others in the Diaspora to visit

Harvey Mason Jr, CEO of the Grammy Awards, has shared insights on the nomination process and how to win a GRAMMY with Ghanaian artists during a private dinner meeting. END_OF_DOCUMENT_TOKEN_TO_BE_REPLACED

Harvey Mason Jr., the Chief Executive Officer (CEO) of the Recording Academy, organizers of the Grammy Awards, has said there are some misunderstandings regarding the creation of an Afrobeats category in the Grammy Awards. END_OF_DOCUMENT_TOKEN_TO_BE_REPLACED

The Chief Executive Officer of Big Ideaz Consult, Kojo Poku has revealed that none of the artists who were billed to perform at the recently held Global Citizen Festival in Accra were paid a performance fee. END_OF_DOCUMENT_TOKEN_TO_BE_REPLACED

Ghanaian musician, Kirani Ayat has called out the Presidency for using some portions of his music video in an advertisement without his permission. END_OF_DOCUMENT_TOKEN_TO_BE_REPLACED

The voting portal for the 2022 edition of the All Africa Music Awards (AFRIMA) opened to the public on Sunday, 25 September at 21:00 (CAT), to decide the winners of each of the 39 award categories, globally. END_OF_DOCUMENT_TOKEN_TO_BE_REPLACED

Ghanaian actress, Yvonne Nelson has issued an apology on behalf of Ghanaians to Stephen Appiah and his Black Stars colleagues. END_OF_DOCUMENT_TOKEN_TO_BE_REPLACED