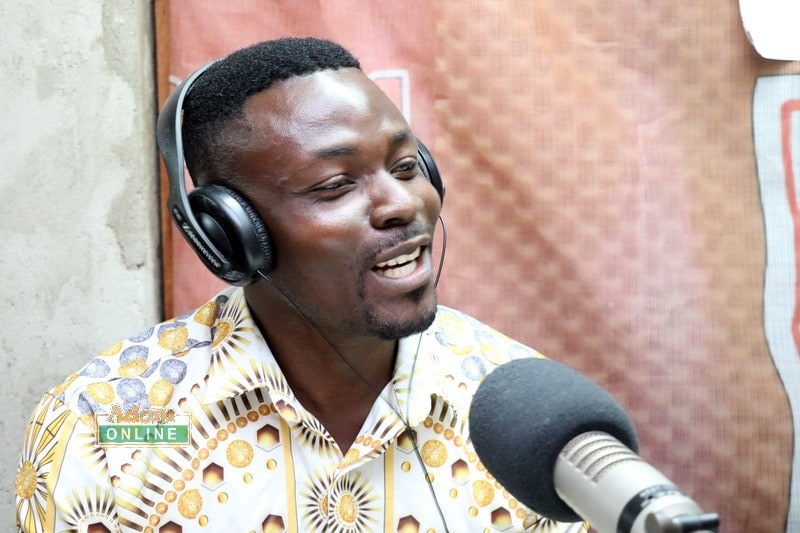 Ghanaian hiplife musician, Obomofor has made stunning revelations with respect to the things he did for fame and riches and it looks like they all failed as the musician still struggles to make a name in the entertainment industry.
According to the singer, he joined an occult group and went as far as swallowing a ring out of desperation for riches and fame in order to be known in the music industry. In a recent interview on ADOM FM, he revealed how he consistently consulted fetish priest and Mallams for protection.
“I was so desperate that I even went to Togo just for protection and fame I was also part of an occult because of money”, he stated. https://ameyawdebrah.com/ofori-amponsahs-church-has-now-turned-into-a-beer-bar-highlife-artist-kofi-b-reveals/
The highlife crooner further revealed that in his quest for protection he was warned to stop seeking worldly things and follow God.
“I was warned on three different occasions to stop seeking protection and cling to God, I was warned by a Pastor, a Malam, and a priest to stop seeking for worldly things because I will only succeed when I take God seriously”. Watch the video below: [youtube https://www.youtube.com/watch?v=TkVruNMCxBk] https://ameyawdebrah.com/nomorepana-tekno-goes-on-musical-break-his-voice-box-temporarily-damaged/
]]>
Related Topics:highlifeObomofor
Up Next