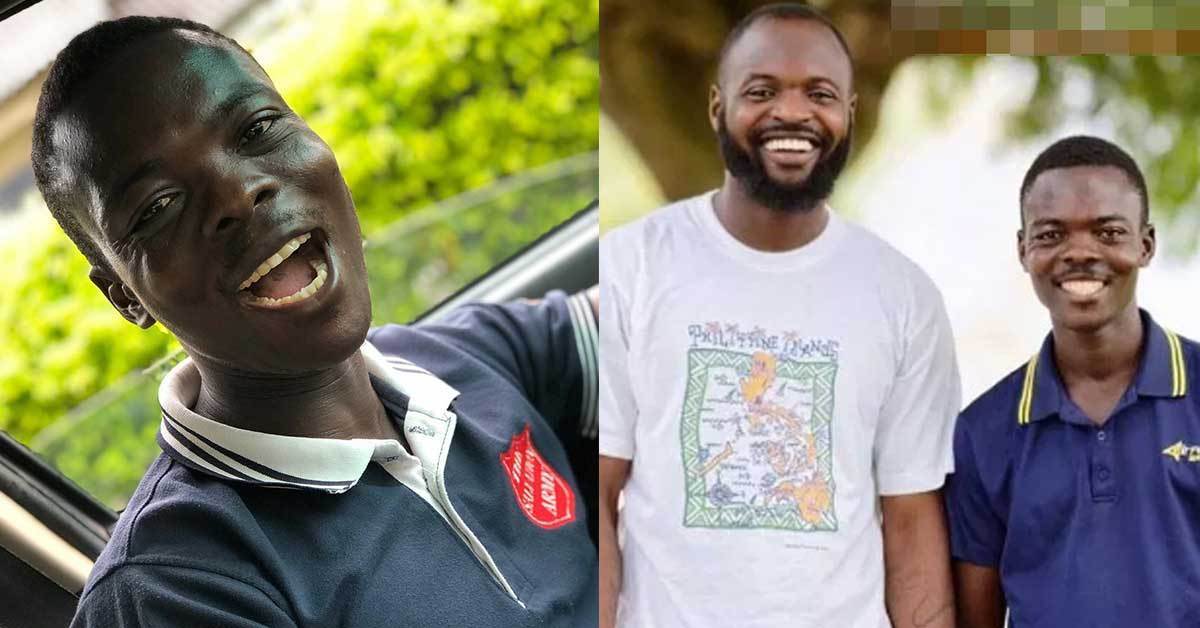 Earlier this month, news broke that viral internet sensation Mr Eventuarry had parted ways with his manager. Speaking on the issue for the first time, Mr Eventuarry has revealed that his former manager took all the money he made “for vanishing”.

The two had an altercation which resulted in his manager, Theophilus Arthur a.k.a Theo Wade deleting Mr Evetuarry’s Instagram account.

In an interview expressing his displeasure regarding Mr. Eventuarry’s behaviour, the manager said;

“I am not comfortable with some of the things he’s been doing. He doesn’t see my value as a Manager; from all indications, I knew this would come but there were a lot of people who told me to be patient so I held on.”


He added; “When we went to Nigeria, there was a lot of misunderstanding and when we came to Ghana he started acting up so I had to part ways with him”

However, Mr Eventuarry has finally opened up about the circumstances leading to their break up.

Speaking in video he said: “The plan was to make money so we can share it, like take your part and let me take my part, but I never heard that. Everyday the money will be vanishing for me. The way I was trending, people thought I had money but I had nothing because he took all the money for vanishing”

“The only reason why I sacked him was because after we returned from Nigeria, he started complaining to my Reverend that I disrespected him. I know I didn’t disrespect him because I respect people no matter their age” he added

Mr Eventuarry got ripped off why his former Manager. This is so horrible. Why are human beings like this. pic.twitter.com/g0txn4sRaF

No man took me to BET awards – Moesha Boduong

Harvey Mason Jr, CEO of the Grammy Awards, has shared insights on the nomination process and how to win a GRAMMY with Ghanaian artists during a private dinner meeting. END_OF_DOCUMENT_TOKEN_TO_BE_REPLACED

Harvey Mason Jr., the Chief Executive Officer (CEO) of the Recording Academy, organizers of the Grammy Awards, has said there are some misunderstandings regarding the creation of an Afrobeats category in the Grammy Awards. END_OF_DOCUMENT_TOKEN_TO_BE_REPLACED

The Chief Executive Officer of Big Ideaz Consult, Kojo Poku has revealed that none of the artists who were billed to perform at the recently held Global Citizen Festival in Accra were paid a performance fee. END_OF_DOCUMENT_TOKEN_TO_BE_REPLACED

Ghanaian musician, Kirani Ayat has called out the Presidency for using some portions of his music video in an advertisement without his permission. END_OF_DOCUMENT_TOKEN_TO_BE_REPLACED

The voting portal for the 2022 edition of the All Africa Music Awards (AFRIMA) opened to the public on Sunday, 25 September at 21:00 (CAT), to decide the winners of each of the 39 award categories, globally. END_OF_DOCUMENT_TOKEN_TO_BE_REPLACED

Ghanaian actress, Yvonne Nelson has issued an apology on behalf of Ghanaians to Stephen Appiah and his Black Stars colleagues. END_OF_DOCUMENT_TOKEN_TO_BE_REPLACED