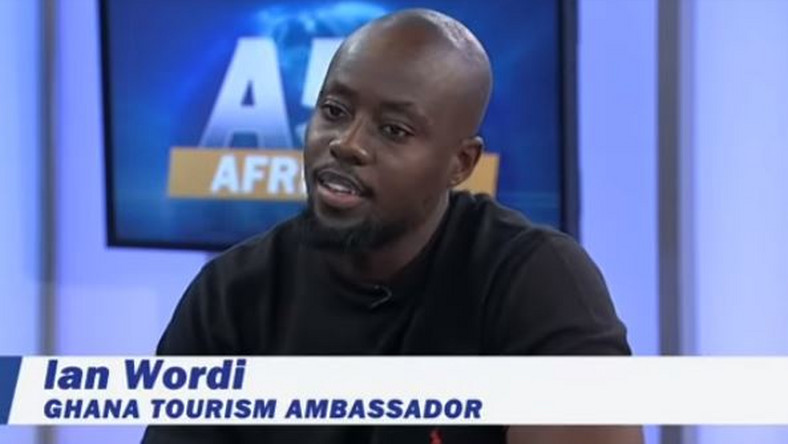 Ghanaian actor, Ian Wordi, has once again shown how passionate he is about Ghanaian tourism by boldly stating that he is hoping to make the country the number one tourism destination in Africa.

The actor appeared on Voice Of America’s Africa 54 channel where he said “Ghana is the best place to be when it comes to Holiday destination. What I am trying to do is make Ghana the number one tourism destination in Africa”

Ian, who is also a Ghanaian Tourism ambassador, stated that he is optimistic his goal will be achieved by next year. The government of Ghana has declared 2019 as “The Year of Return”, for Africans in the diaspora to visit their African roots.

In line with the call, Mr Wordi has seized the opportunity during his African 54 interview to shed light on how tourists from all over the world can be part of “The Year of Return” festivities which kicks off this August.

Watch more from the video below.