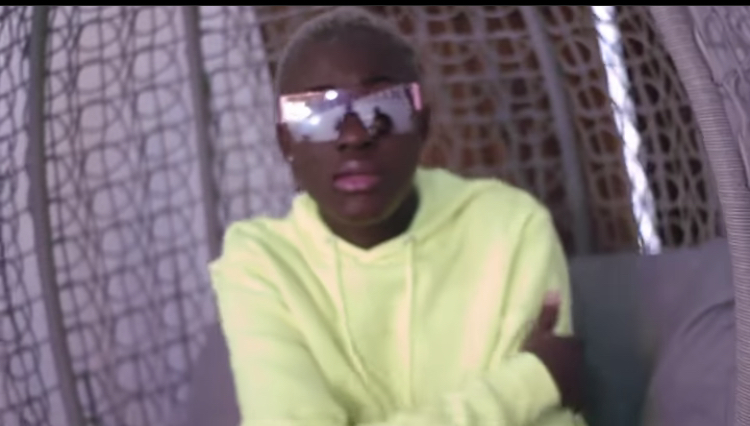 Yesterday, the wife of rapper Medikal announced to her fans that she will be releasing her first single.

Now whilst others believe the song is a shade to Sister Derby, the ‘Yolo’ actress is promoting the song by announcing a GHC 2000 reward to fans who participate in a dance challenge on social media.

“my new single #Over is out now! link in Bio, stay home and jam.Will be giving ghc2,000 out weekly for the best dance videos #OVER,” she captioned the video on instagram.

This is not the first time the ‘Yolo’ actress has dabbled in music, her voice was featured on one of Medikal’s hit songs last year.

my new single #Over is out now! link in Bio, stay home and jam.Will be giving ghc2,000 out weekly for the best dance videos #OVER

“Herh  gyae na ya y3 shi sin wo!!”- Kelvynboy replies fan who asked him for money for lockdown

I used to be jealous of ladies around Sark, but I’ve matured- Tracy Sarkcess

Ghanaian rapper, Eno Barony has stated that it has never been her intention to make”controversial” music. END_OF_DOCUMENT_TOKEN_TO_BE_REPLACED

The MELCOM Group of Companies has opened its newest branch, a three-story Superstore at East Legon on the Boundary Road, opposite the Gethsemane Cemetery in Accra. END_OF_DOCUMENT_TOKEN_TO_BE_REPLACED

Ghanaian actress, Nana Ama Mcbrown has recently shared a post on her Instagram page with a caption that has infused worry among her followers. END_OF_DOCUMENT_TOKEN_TO_BE_REPLACED

Popular Nigerian media personality, Toke Makinwa has disclosed that she was robbed in London, Uk. END_OF_DOCUMENT_TOKEN_TO_BE_REPLACED