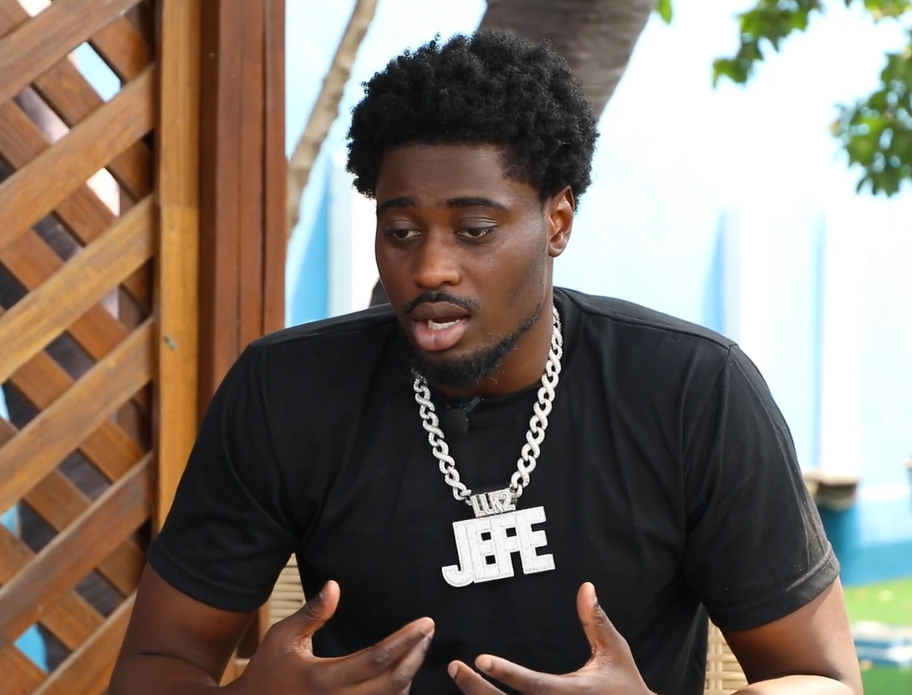 Ghanaian-born, American-based musician Jefe Finesse, known in showbiz as Jefe, says he is all set to blend African beats with an American flow.

Jefe is one of the new rap talents from Ghana who’s been doing it for a minute. Ever since the arrival of his debut song “In These Streets”, which featured Jawyn Josh in 2020, he has been gradually gaining recognition for his spectacular flow on beats as one of the rising acts in the music scene with a fresh and unique sound—a contemporary rap act but one who fluidly moves between rap and other genres effortlessly.

From then until now, he has released over five music projects, all singles, including “LLK2”, “Wavy”, “Hood Legend”, “In These Streets”, “Ridding Dirty” and loads of other unreleased songs.

Speaking in an interview on Ameyaw TV, Jefe, whose music journey started in a basement with his brother hinted at teaming up with some Ghanaian artists.

“People inform me about a dude name Yaw Tog he’s a drill rapper so I listened to what he’s got going on I was straight, I messed with it. but I’m going to start to do more research about the music here” he said.

Jefe is inspired by artists like Jay-Z, Birdman, and Master P. “People of that caliber,” ‘because they are bosses in the music world’

The rapper is currently being managed under his own label, OS Records LLC.

Jefe’s latest single, “REAL TALK” is out and streaming on all music platforms.

Despite donates GHC 100,000 and items worth millions of cedis to widows/orphans in his hometown on his birthday

Ghanaian actor and socialite, Don Little, has made a passionate appeal to his colleague Kwadwo Nkansah also known as Lilwin to go make peace with his ex-wife. END_OF_DOCUMENT_TOKEN_TO_BE_REPLACED

The Federal Government of Nigeria has taken legal actions against the husband of late gospel singer, Osinachi Nwachukwu. END_OF_DOCUMENT_TOKEN_TO_BE_REPLACED

From being the opening act at EL’s BAR VI concert to bagging a nomination at the 2022 3 Music Awards, Afrobeats/afro soul singer Darkua stopped by Ameyaw TV to talk about her musical journey. END_OF_DOCUMENT_TOKEN_TO_BE_REPLACED