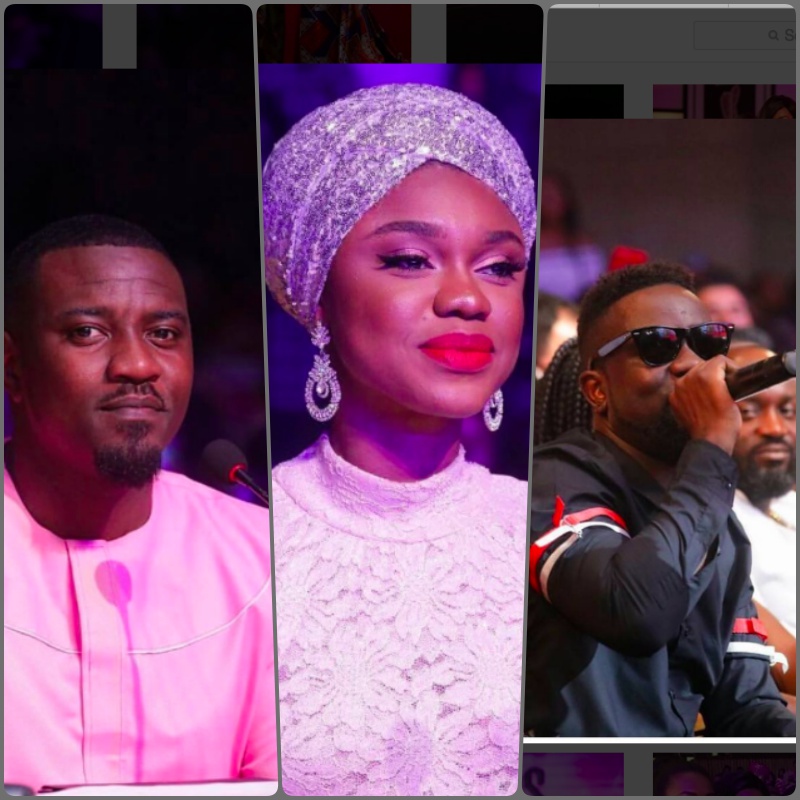 Miss Malaika 2017 highlights[/caption] The finale of Miss Malaika 2017 witnessed many highlights from the National Theatre on Saturday night. My personal highlight was that it seemed the Air Conditioners at the auditorium were working this time around…phew!!! Anyway, the night, which crowned Pearl Nyarko-Mensah, a 25-year-old student of the University of Ghana as Miss Malaika 2017, saw exciting performances from the guest artists, as well as some surprises. Adina surprised the crowd when she walked to Sarkodie (who was seated in the auditorium with his girlfriend, Tracy) for him to rap his verse on their hit collaboration, ‘Makoma’. https://youtu.be/ZMrZfm24S-M Ebony came on stage like a queen, wearing a tiara and seated on a throne. If she had not worn her sash as part of her pants, we could very easily have confused her to be the reigning Miss Malaika. [caption id="attachment_115007" align="aligncenter" width="595"] 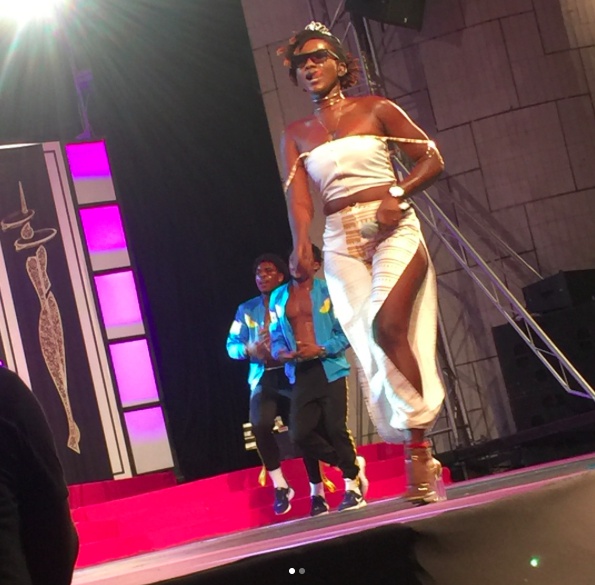 Ebony at Miss Malaika 2017[/caption] Judges John Dumelo and Becca could not hold back when the music got exciting. They gave up their serious role as judges to dance a little, to the amusement of the crowd. https://ameyawdebrah.com/john-dumelo-says-foundation-helped-55000-kids-equals-5-v8-cars/ https://youtu.be/VJdItvPgGTU But Becca surely did more than just dancing when the DJ played her song ‘Na Wash’ during an intersession. https://youtu.be/hSHnydlTI_w And it seems Kuami Eugene’s ‘Angela’ is quite an anthem…nice…I hope he is making some good money from it. We need to support such good young talents… we have (at least I have) had enough of the noisy hit makers. https://youtu.be/ZVwnkJLMqJs Oh and NDC future Presidential candidate, John Dumelo referred to the sitting President as ‘My President Nana Addo’, much to the delight of the crowd https://youtu.be/k4Cb9O1vYWA]]>