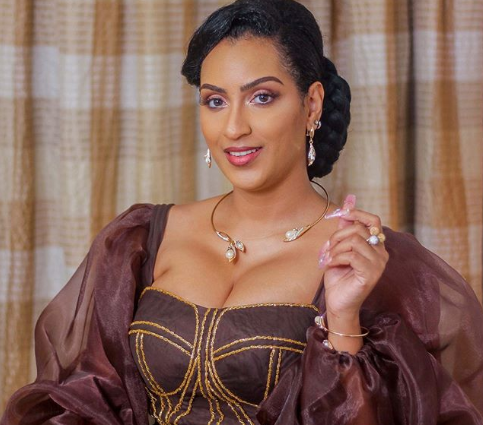 Actress Juliet Ibrahim made an appearance on LITV’s ‘ON AIR’ show where she opened up about her personal life.

She added that she’s also had some good ones but isn’t in a relationship at the moment.

She went on to reveal what she desires in a man. According to her, she wants a man who is honest and blunt.

“I don’t look for things in people. I don’t try to have expectations,” she told LITV. “But I know that if I meet someone and he’s honest enough and that spark is there… that’s what I look for. I like honesty. I like people who are blunt, from the beginning you just pour it all out.”

Watch: I was sexually abused by my grand-uncle at 8 years-old – Juliet Ibrahim

She also opened up about the crush she has on Chris Brown and what she’s doing about it.

She said: “I want to date Chris Brown.”

She continued jokingly in pidgin: “Why do you want to know my secret? The DMs upon DMs that I don send, e no dey read am.”

Getting serious, she said: “I think if I want to meet him, it’s very easy. I know people that know him sort of. But, I just have a crush on him, so it’s not like… But if he comes, we’ll go on that date oh.”

WATCH: Taking my clothes off in my first movie was my favorite moment – Stephanie Benson