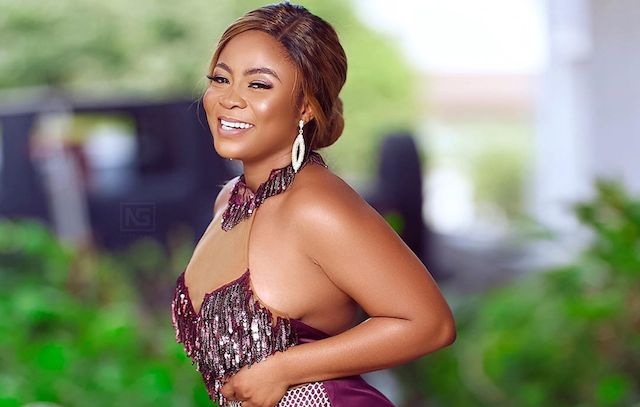 A young man who threatened to kill Ghanaian actress, Kisa Gbekle was arrested by Kwabenya Police after the actress and TV host reported him.

The young man, whose name was given as Daniel Ayitey, used a Snapchat account with the username Billcanny to sent threats to the actress by commenting on her updates.  Under one of Kisa’s post, he said he will “murder her.”

Then Billcanny came to comment again, “The dirty things you did to the guy at East Legon, we are also going to murder you, so watch out; what goes around comes around.”

He also wrote; “you will just regret in your life, stupid girl.”

From Saturday I have been dealing with some stuffs on the low till today . So on Saturday at 9:30am. I got this msg on my snap . That they will murder me. I started doing my under cover work .

Kisa didn’t take the threat lightly as she quickly reported the account to the Police.

Daniel was later picked up by Kwabenya Police at his hideout at Kwabenya, a suburb of Accra. He was later transferred to the Klagon Police.


Watch the actress explain the ordeal below.

Forget the English . Tension was part. 🙈😂. I have explained everything in this video about the “Murder Threat” . It’s on my YouTube channel. Link in my bio. 🙏🏼.

The arrest has come not long after the Minister of Communications, Mrs Ursula Owusu-Ekuful, has announced that Ghana would soon criminalize the sharing of inappropriate social media content.

WATCH: I started sleeping with men for cash at age 12 – Actress Kisa Gbekle

Bullet wanted me to finance my own projects with $50,000 – Ms Forson on her exit from Rufftown Records