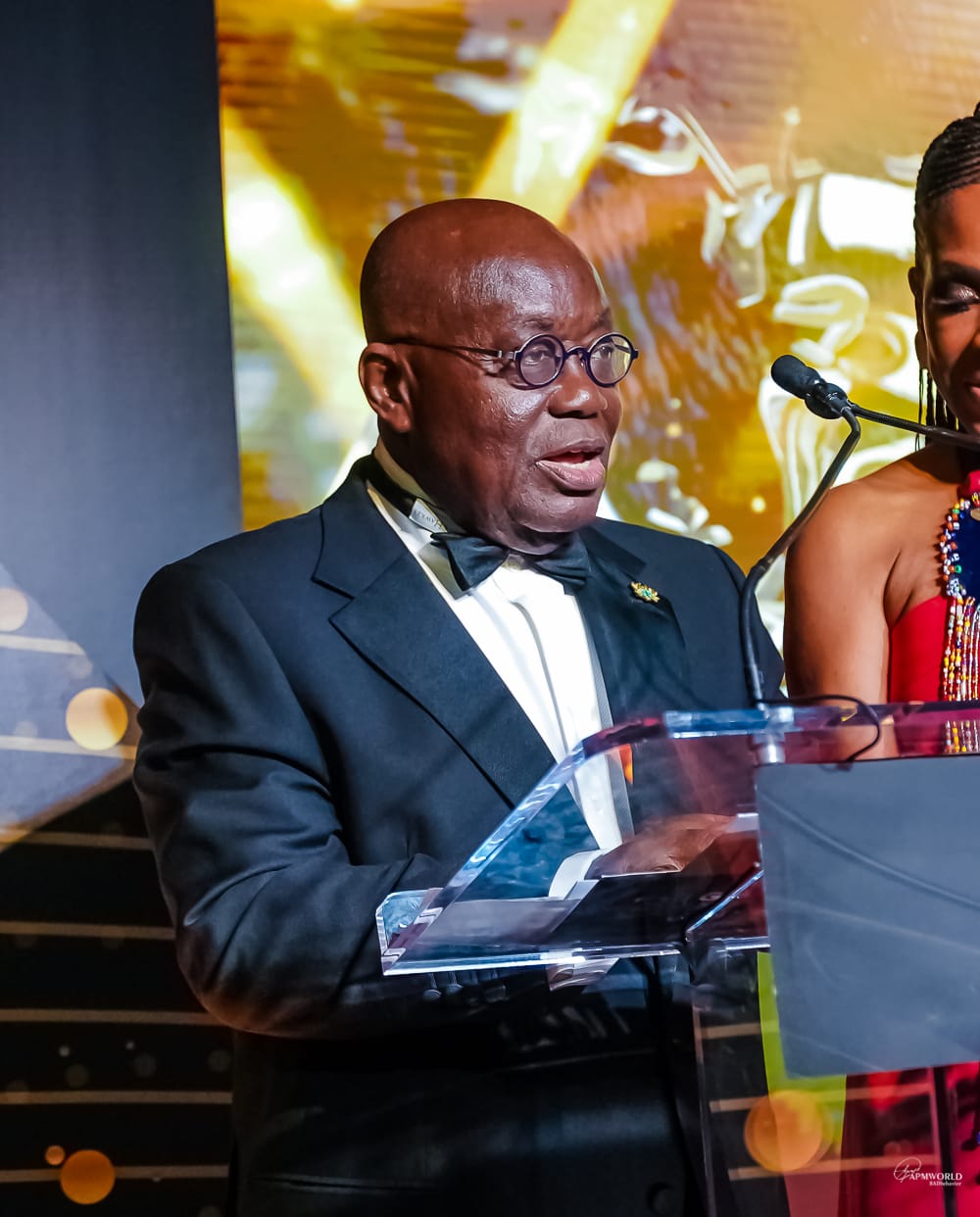 The GUBA Awards USA has honoured president Nana Akufo-Addo for his dedication to seeing African-Americans return to Ghana and Africa for a true renaissance.

He received a special citation during the ceremony held at The Pierre Hotel in New York, USA.

Ghana has designated 2019 as the Year of Return to commemorate 400 years since the first enslaved Africans arrived in Jamestown, Virginia in the United States. The government has been running a massive marketing campaign targeting African Americans and the diaspora, and various events have been arranged. The focus has been on memorializing the liberation from slavery. But it has also served as a marketing exercise to popularize Ghana as a tourism destination with Trans-Atlantic trade appeal.

According to the most comprehensive analysis of shipping records over the course of the slave trade between 1525 and 1866, 12.5 million Africans were shipped to the New World. Nearly 11 million survived the dreaded middle passage, disembarking in North America, the Caribbean and South America.

GUBA Awards seeks to reward, celebrate excellence and innovation of African individuals and organisation in the diaspora and Africa, working to the advancement, empowerment and progression of the African community in the Diaspora. Following the success of GUBA UK over the past decade, GUBA Enterprise is extending internationally and taking root in the United States of America to put the spotlight on the Diaspora within this pantheon community.

Significantly this year, GUBA’s award ceremony placed emphasis on the Sustainable Development Goals (SDGs) and it was held under the theme: “African Diaspora, the Catalyst for Growth and Innovation.”

TV3 is not only best in new and entertainment, but best in rewarding its staff too. END_OF_DOCUMENT_TOKEN_TO_BE_REPLACED

The Ave Maria School has launched its 40th-anniversary celebration by urging school leaders to provide better opportunities and platforms for interaction with students in order to guide them in their education. END_OF_DOCUMENT_TOKEN_TO_BE_REPLACED