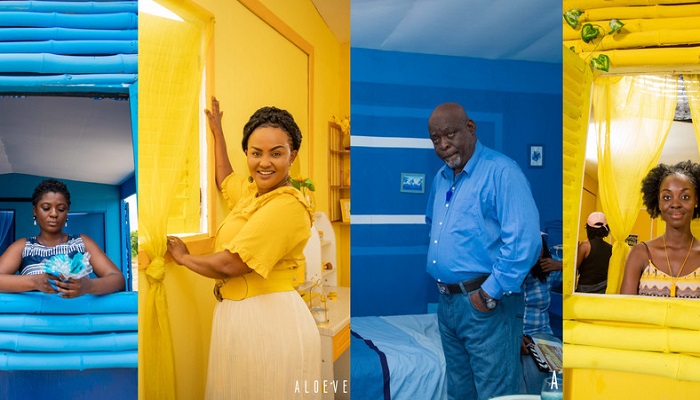 The movie started generating a lot of buzz among movie lovers when he first announced a decision to build an entire community from scratch for the production. From the construction of the community to the shooting of the film, there was a clear and overall conscious effort to submit a standout project in the cinema.

‘Aloe Vera’ is a romantic movie about two factions from opposing communities who don’t see eye to eye. They have certain ideologies brainwashing the whole community on why the other community should be hated.

Watch the trailer below.

Adina teams up with Ahaban GLF for Benefit Concert!

KiDi has responded to the heavy social media trolling he was subjected to after losing the VGMA ‘Artiste Of The Year’ to Diana Hamilton. END_OF_DOCUMENT_TOKEN_TO_BE_REPLACED

Wiyaala has dropped “Coming With Fire”, her first single for 2022, and follow up to last year’s popular “Yaga Yaga,” and it is an explosive cocktail of positive energy heavily influenced by the work of K.O.G (Kweku of Ghana), an internationally renowned professional UK based musician, artist, songwriter, percussionist, and multi-instrumentalist from Elmina in Ghana. END_OF_DOCUMENT_TOKEN_TO_BE_REPLACED