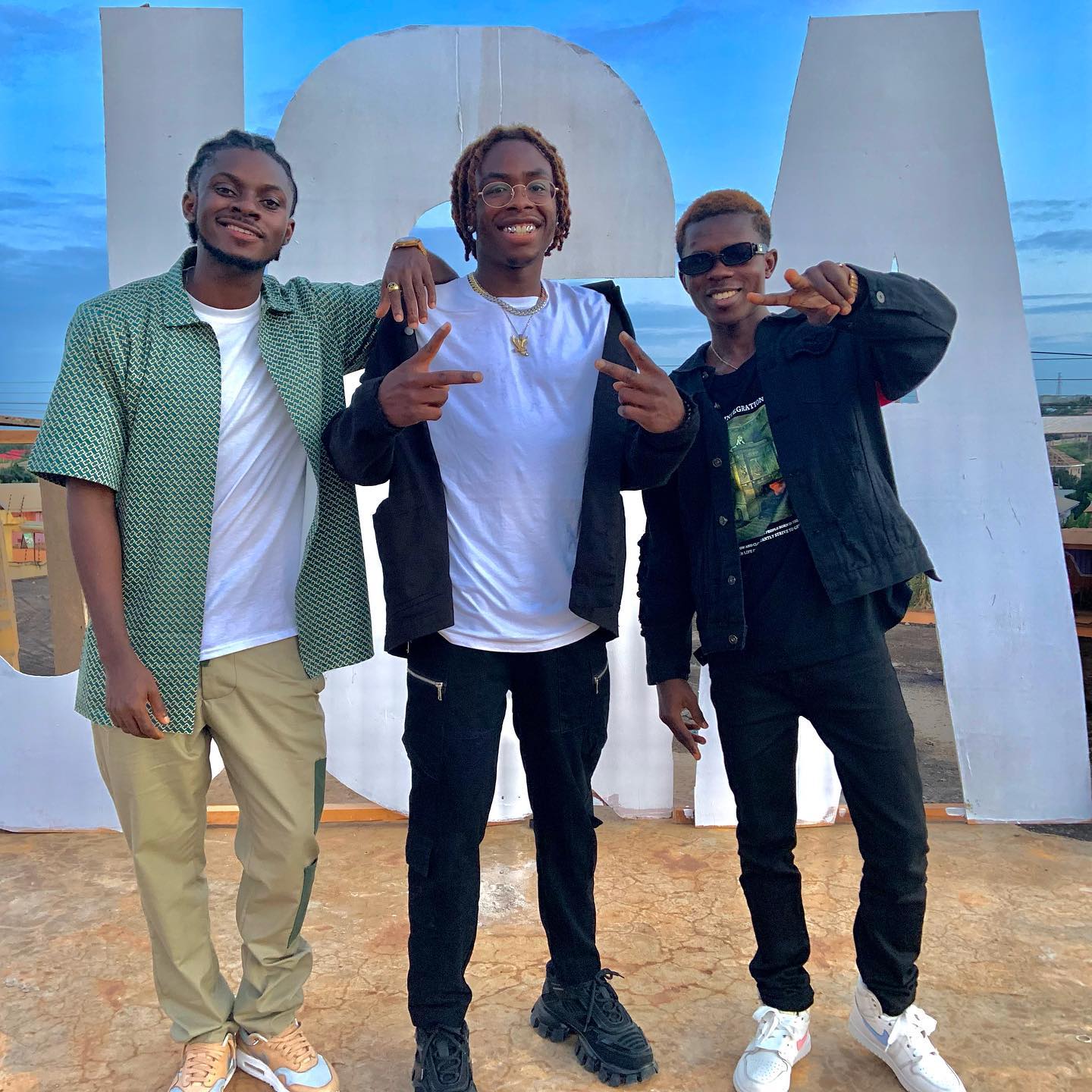 French bars clashes with Twi bars as LeFlyyy links up with Strongman for his first collaboration with the acclaimed rapper, titled “Sugar,” with seasoned hooks from Deon Boakye.

The Fly Family Entertainment frontman has officially kicked off the year with a hiplife banger, and luckily, he got two of the best young talents in Ghana to jump on the track.

We are almost halfway through the year (and the music calendar), however, Leflyyy is now kicking off. He says his delay meant he wanted the best for his audience.

“As expectations from my fans grow, I don’t want to compromise on my sounds and features. I wanted a classic record that would live with my fans forever, and that’s why ‘Sugar’ is now out,” said the “My Baby” hitmaker.

His bars on “Sugar” blazes like wildfire and his flow like waterfall. He has matured enough to show the world what he’s got, and his delivery on his latest track is just the tip of the iceberg.

Strongman, on the other, who is known for knocking off his opponents with fierce bars during battles, did justice to the track. He rhymes and flows with ease, and flexes his muscles with impeccable bars.

Deon Boakye, a singer whose sweet melody and hook has stolen the hearts of thousands of Ghanaian ladies, delivers just what everyone expected. His soul-soothing vocals coupled with his easy-to-sing-along hooks sum up the beauty of “Sugar”.

The song, produced by Peewezel, is accompanied by a simple yet classic visual directed by JMKAD.

Watch the full music video below, and don’t forget to share your views.

Actor-turned-musician, Frank Naro’s latest single, “I Like It” sees him experimenting with the trending ‘Amapiano’ music phenomenon. END_OF_DOCUMENT_TOKEN_TO_BE_REPLACED

Mista Myles is in with his first release of the year today, ‘Toxic Love’ – a song about what would easily pass as an intense night in the Sin City, Vegas. Stream or download ‘Toxic Love’ across all major digital platforms here: https://ffm.to/6vr4ra9 END_OF_DOCUMENT_TOKEN_TO_BE_REPLACED