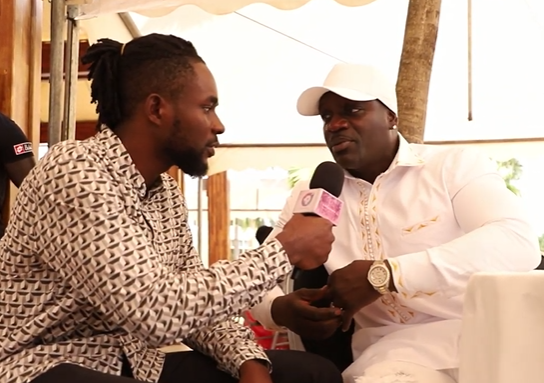 Music star, Akon has revealed that it was much easier working on an Afrobeat album as compared to RnB.

The US singer who’s currently in Ghana for the Year of Return celebrations addressed Ghanaian media at Movenpick Ambassadors Hotel in Accra last Sunday.

Asked the ‘toughest’ album he worked on between Afrobeat and RnB, Akon said: “‘ RnB’ was the toughest to record”.

According to him “Afrobeat was super easy for me”.

Akonda is Akon’s second project released in 2019 the 10 track album features top Afrobeat stars which include Nigeria’s Olamide, Afro B, Kizz Daniel, Skales and others.

I came to experience Ghana because it had the highest percentage on my Ancestry DNA results – Blacklist star, Dembe