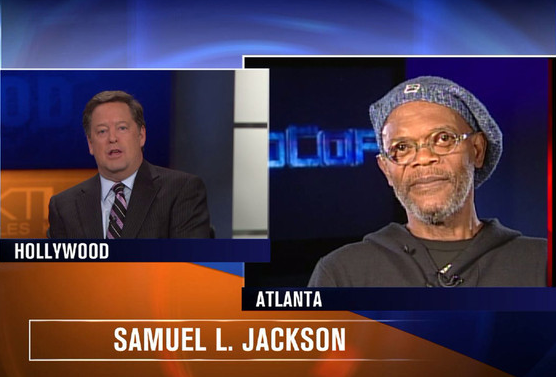 Ouch!!!Samuel L. Jackson was promoting his new film Robocop when the entertainment anchor of a morning news show asked him about his Super Bowl commercial, obviously mistaking him for actor Lawrence Fishburne.

When the news anchor realized his mistake and tried to go back to talking about Robocop, Samuel L. Jackson wasn’t having any of that. “Let’s talk about Robocop.” The reporter said. “Oh, hell no! Really?” Jackson replied and then proceeded to school the reporter.

Related Topics:Samuel L. Jackson
Up Next

Celebrity Guest Post: I Want The World To See Haiti As I Do, by Jimmy Jean-Louis