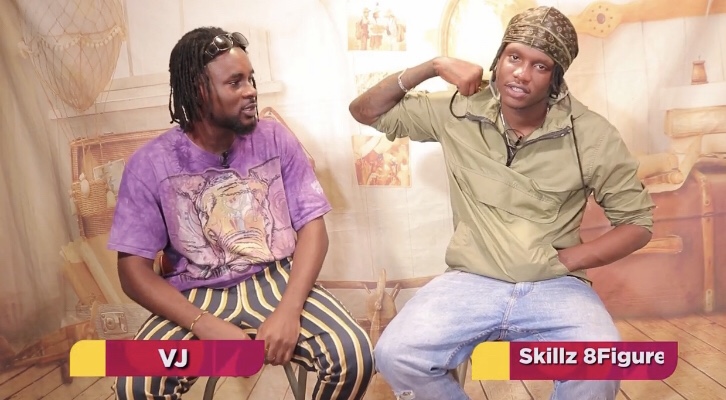 In an exclusive interview,  Skillz 8Figure shares the inspiration behind his debut EP ‘Gangsta Luv’, and his journey in the music industry.

According to the artist, he decided to pursue a career in music 2 years ago.

Skillz who was speaking in an interview on AmeyawTV’s One-on-One show, revealed how Wizkid influenced his decision into becoming a musician.

“ 2 years ago when I decided to do music full time, I remember I was actually listening to a WizKid song. I think that he had just dropped On Top Your Matter so I watched that vibe and I was like this guy is crazy I want to be like this guy” he said.

According to Skillz, WizKid is the kind of artist who doesn’t really need to do too much to stay relevant, reason he aspire to be like him.

Before the release of his debut EP, Gangsta Luv, Skillz featured on Ground UP Chale’s  We Outside’ EP a project also featuring some top Ghanaian artists including Kwesi Arthur, Quamina MP, Twitch, Kofi Mole and other amazing talents.

On his 6-track EP ‘Gangsta Luv’, Skillz addresses communication challenges facing young individuals in the society regarding their relationship.

Legendary Ghanaian highlife musician and performer, Kwabena Kwabena has revealed what inspires him to get his lyric juices flowing.  END_OF_DOCUMENT_TOKEN_TO_BE_REPLACED

Ghanaian Media Personality, Jessica Opare Saforo has stated that working for close to two decades in the media took the best parts of her life. END_OF_DOCUMENT_TOKEN_TO_BE_REPLACED