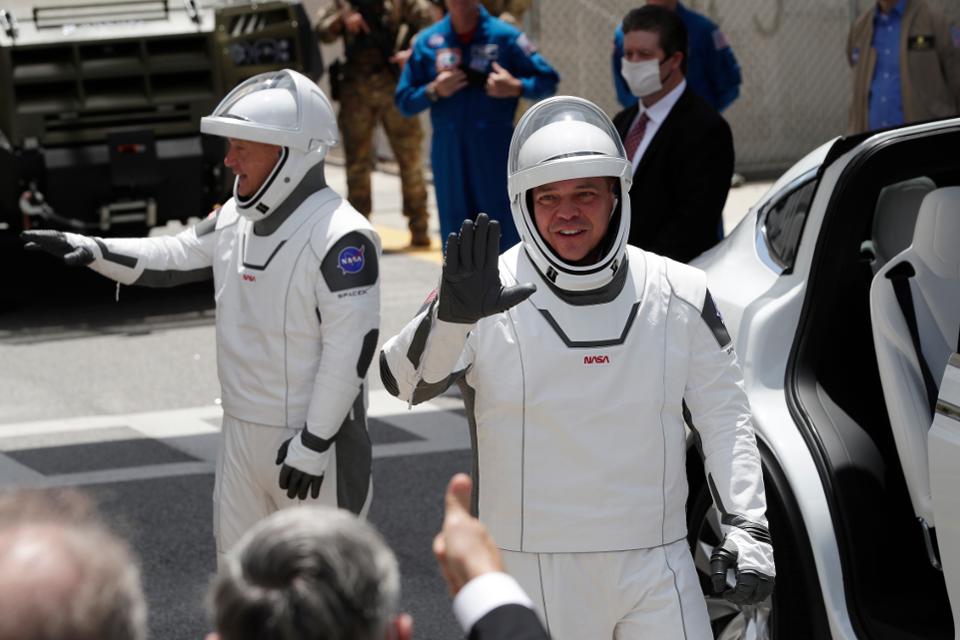 Astronauts have launched to orbit from the United States for the first time in nearly a decade, heralding a thrilling new era of human spaceflight.

At 3.22 P.M. Eastern Time today, Saturday, May 30, SpaceX’s Crew Dragon spacecraft lifted off on a Falcon 9 rocket from the historic Launch Complex 39-A at Cape Canaveral in Florida – once used to launch astronauts to the Moon, and to launch the Space Shuttle – on the Demo-2 mission. 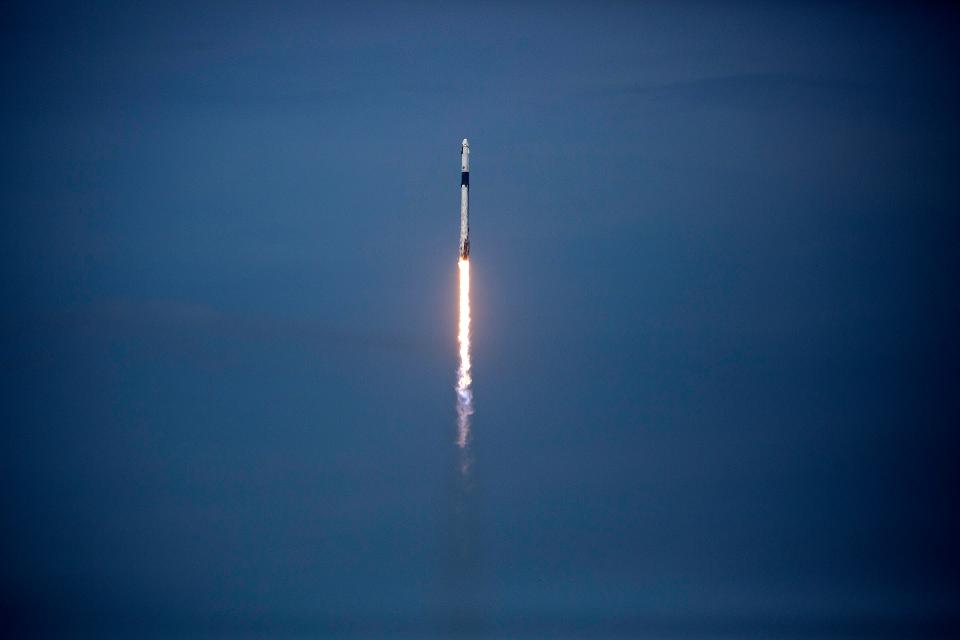 Today however it was the turn of a new breed of spacecraft, a commercial venture funded by NASA. Crew Dragon is the first-ever private human vehicle to head for orbit, the result of years of hard work.
It will now take astronauts Bob Behnken and Doug Hurley 19 hours to reach their destination, the International Space Station (ISS), 400 kilometres above Earth. Here they will remain for one to four months before they return to Earth. The astronauts arrived at the launch site in a Tesla car, supplied by SpaceX CEO Elon Musk’s other company. They then rode an elevator up to the spacecraft at the top of the rocket, towering 70 meters above the ground.

After running through pre-flight checks and getting approval to launch from mission control, the spacecraft lifted off despite some inclement weather.

About eight minutes after the launch, the first stage of the Falcon 9 landed on SpaceX’s drone ship, Of Course, I Still Love You in the Atlantic Ocean. Rocket landings have become the norm on SpaceX launches – but never on a human flight before. 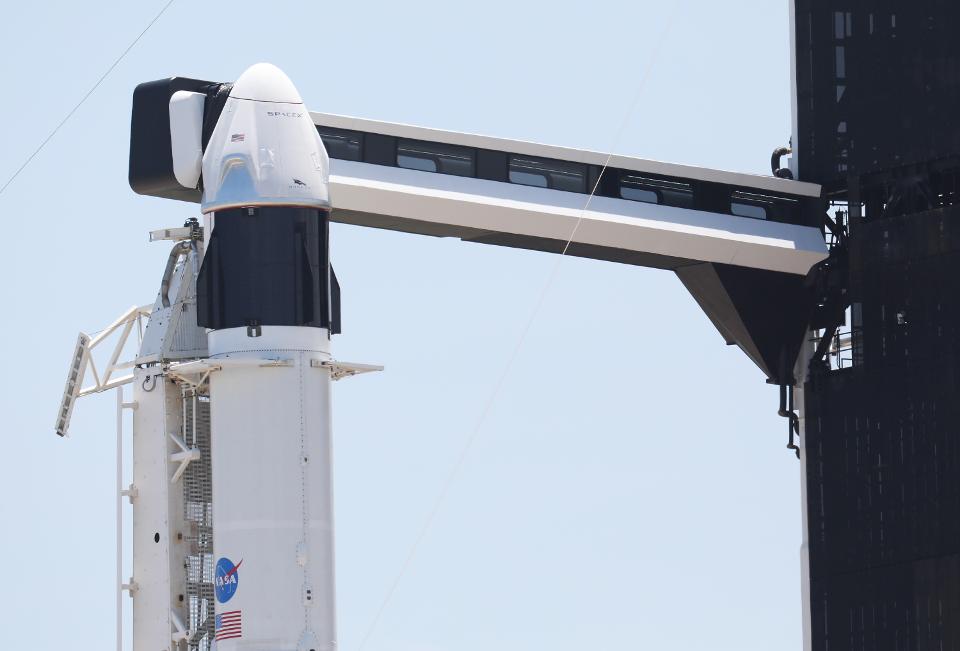 Another four minutes later and Crew Dragon separated from the second stage of the rocket, flying free in space with humans for the first time ever.

The astronauts will now make the journey to the ISS, where they will then join the three people already there – NASA astronaut Chris Cassidy and Russian cosmonauts Anatoly Ivanishin and Ivan Vagner – who travelled on a Russian Soyuz spacecraft earlier this year.

Musk founded SpaceX with the goal of launching humans to Mars – something it hopes to achieve with its Starship vehicle it is currently working on, a new spacecraft designed to be the successor to Crew Dragon. SpaceX hopes to fly that vehicle to space with humans later this decade.

But proving they can launch humans safely is a crucial first step in that journey. With today’s successful flight, Crew Dragon can begin a new exciting period of commercial spaceflight never seen before. SpaceX is under contract with NASA to deliver astronauts to the ISS, with its first fully operational launch – called Crew-1 – scheduled to take place later this year with four astronauts on board.

The company also plans, however, to use Crew Dragon to launch paying customers into space. This could include space tourists hoping to visit the space station, or other destinations – such as orbiting space hotels.

Ari Lennox sophomore season kicks into overdrive today with the official release of her new single, “Hoodie,” and its electrifying music video. Even more, fans’ long-awaited hopes are finally realized: The Grammy Award-nominated and multi-platinum singer-songwriter proudly announces her sophomore album, age/sex/location, will be released on Sept. 9 via Dreamville/Interscope Records. Pre-order the album HERE. END_OF_DOCUMENT_TOKEN_TO_BE_REPLACED

18-year-old North Carolina-based rapper Tino Szn has just shared his new video for “Drowning Out”, a fun and upbeat track off his most recent project Sentient. LISTEN END_OF_DOCUMENT_TOKEN_TO_BE_REPLACED

In a message for International Youth Day, His Royal Highness The Prince of Wales said: END_OF_DOCUMENT_TOKEN_TO_BE_REPLACED