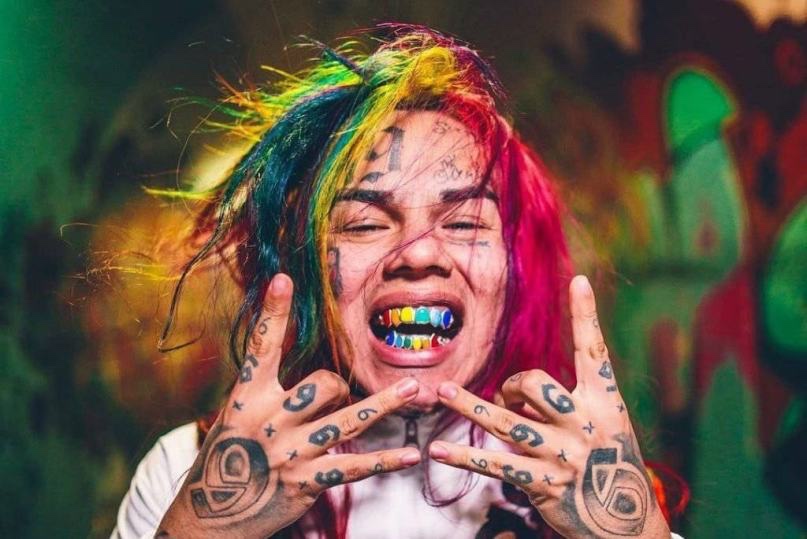 The Billboard Hot 100 is the music industry standard record chart in the US for songs published weekly by Billboard magazine, with rankings based on sales, radio play, and online streaming.

6ix9ine, who recently dropped his first song ‘Gooba’ after his release from prison in April, took to Instagram on Friday to make a video where he suggested that the showbiz firm was manipulating the Hot 100 charts and playing “favorites.”

He also presented forecasts purportedly sent to major record labels on Thursday, questioning Ariana Grande’s “last-minute” submission of 60,000 units which boosted it to number one from five.

The ‘Fefe’ crooner also claimed that Billboard is “playing favorites” in order to boost Grande’s ‘Stuck With You’ to number one.

The rapper then pointed a tweet by the showbiz company in which he claimed Billboard was promoting signed physical copies of the ‘Stuck With U’ single.

“I’ll be real disappointed ‘cause this is for every rapper, artist in the world. If you manipulate the charts right and you create a bundle. ‘Gooba’ streamed over 200 million —more than ‘Stuck With U,’ Doja Cat, more than every artist that released a song this week double the times. It’s a landslide,” he said, before claiming Sony and Universal Music has requested audits.

“Because literally, you’re manipulating the charts now. So, Billboard, the world is watching. If you all do this to every artist in the world, how can an artist that works hard get number 1? How?”