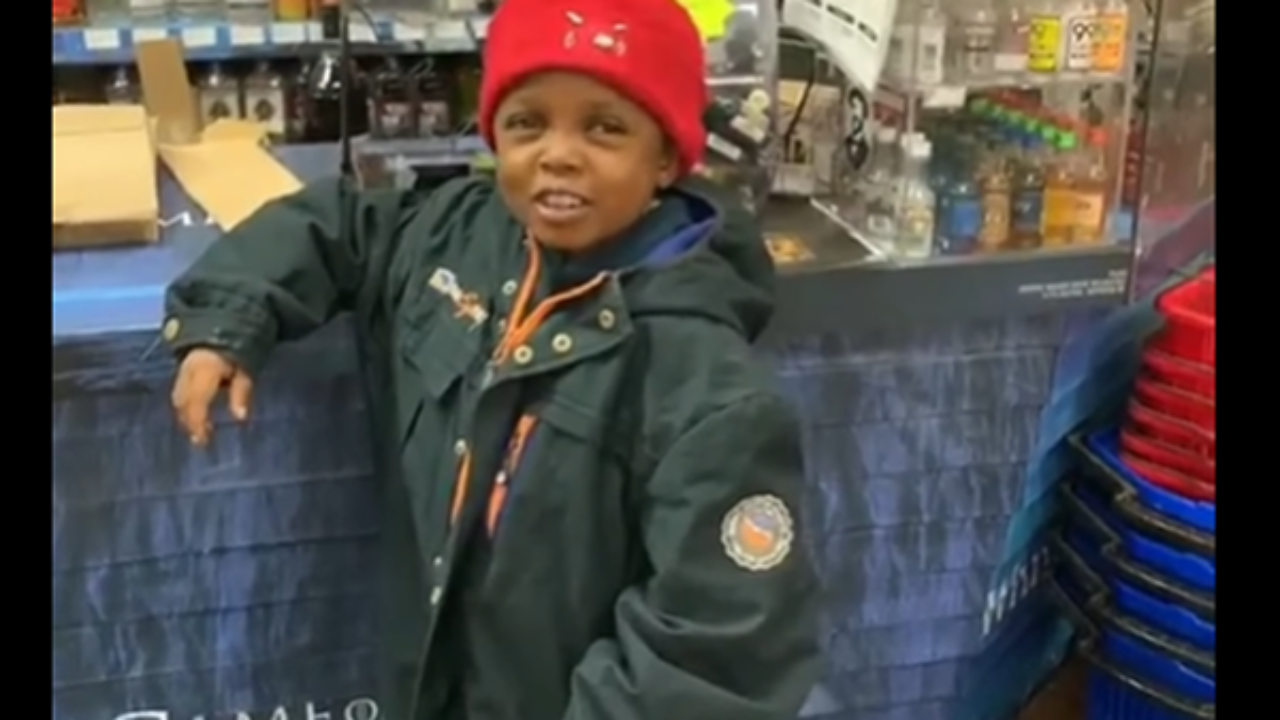 Kumawood actor Don Little was refused alcohol at a liquor store in the US.

In a viral video, a bartender is seen refusing to serve the Kumawood star a bottle of alcoholic drink

The actor, in the eyes of the bartender, does not appear to be 21, the legal drinking age in the US.
Although diminutive, Don Little is rumoured to be in his early 20s, however, his real age is unknown.

The Kumawood actor, who was not surprised the man saw him as a boy, tried to convince the bartender he was above the drinking age.

However, the bartender insisted the actor go to the next shop and get himself Coke or Pepsi.

We're pressing charges😂😂😂————So our 'old man' Don Little went to a bar in New York to lick a few shots to suppress the cold, the bartender asked him to go next door for Coke and Pepsi.

Related Topics:don little
Up Next

In order not to get her heart broken again, Gambian actress, Princess Shyngle has laid down some rules when it comes to dating her. END_OF_DOCUMENT_TOKEN_TO_BE_REPLACED

Legendary Ghanaian rapper, Obrafour has shared words of encouragement to Kweku Flick after meeting the young rapper for the very first time. END_OF_DOCUMENT_TOKEN_TO_BE_REPLACED

Ghanaian Dancehall artist, Shatta Wale has taken a visit to the management of Ebony Condoms to apologise for his absence at the Hogbetsotso festival. END_OF_DOCUMENT_TOKEN_TO_BE_REPLACED

Cameroon goalkeeper, Andre Onana, has finally broken his silence after being kicked out from his side’s World Cup squad. END_OF_DOCUMENT_TOKEN_TO_BE_REPLACED

Over the week, Ghanaian actress, Fella Makafui was spotted in a sweet Chevrolet Corvette. END_OF_DOCUMENT_TOKEN_TO_BE_REPLACED