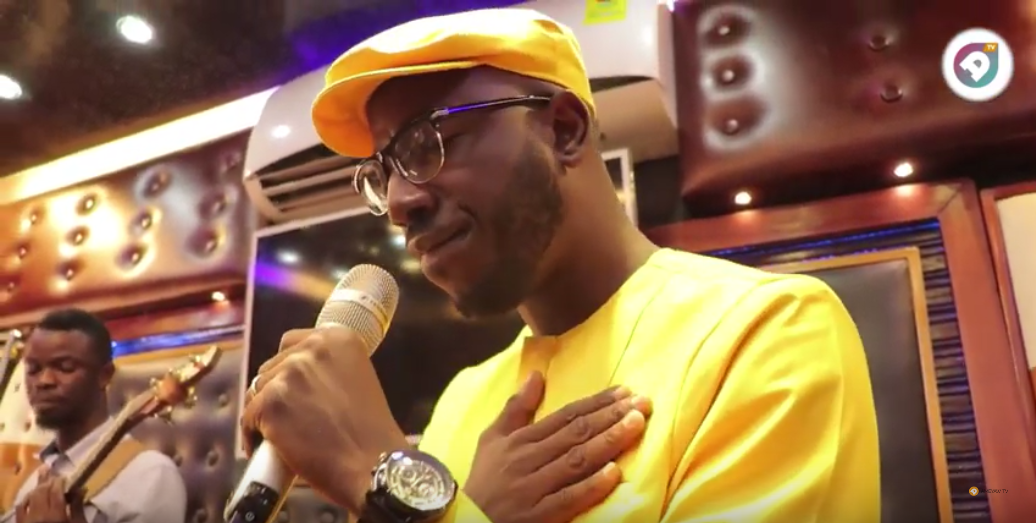 Ghanaian gospel musician, Enoch Blessing Acquah, otherwise known as EBA, has a strong rule laid down for his workers and people who intends to work with him.

Addressing the media at a press launch of his latest single ‘Balm of Gilead’, which was covered by AmeyawTV, EBA who is also the Boss of Soaring Estate Company Limited said his outfit requires employees who are very prayerful.

Looking at the challenges he went through before setting up his business, the gospel musician sees it wise to pray without ceasing. It has become a culture for his team to pray about two (2) hours before the day’s work commences.

He added that the spirit of praying will be inculcated into anyone who will join his team.

The Praise Factory Studios label owner and frontman premiered the classic visual of his latest single ‘Balm of Gilead’ over the weekend.

Produced and directed by The Praise Factory Studios, the slow-tempo worship song touches different aspects of one’s relationship with God and its benefits.

Enjoy the music video below.

Related Topics:EBAPraise Factory
Up Next