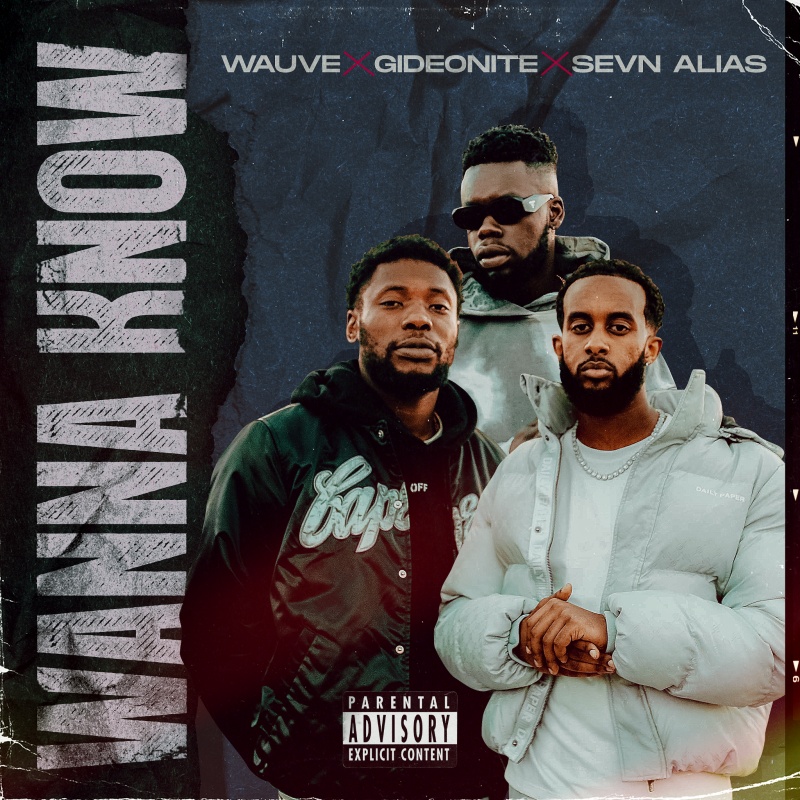 Adopting his East African heritage within his music; Wauve (pronounced Wah-ve) has been making waves within the scene especially amongst the rapidly growing R&B space within the UK.

Friday 22nd July marked the release of “Wanna Know” featuring Ghanaian/Dutch producer Gideonite and fellow Dutch rapper Sevn Alias. This melodic anthem is guaranteed to not only bring forth an absolute head bop for this blazing summer but it will also put listeners in a state of reminiscence as it takes its influence from a popular R&B smash!

Wauve aims to successfully merge Afrobeats which reminds him of his roots and R&B which is a genre he grew up with and is inspired by.

“I teamed up with Gideonite on the production and rapper Sevn because I was looking for a sound that could resonate with a wider range of listeners, you have a bit of that Dutch influence from the guys, those Afrobeat instrumentals, along with my London accent – it just all works perfectly!” – Wauve

Afropop melodies, lyrics that ride the beat and a clean cut visual have set up Wauve for a potential summer hit! The singer had previously made waves across tastemaker publications and across the airwaves that it’s only a matter of time before the rising star becomes a household name!

19-year-old Florida rapper Smokingskul has just shared his new single and video “Nina”. Smokingskul is at the helm of a new era of plugg music known as “dark plugg”which substitutes the ethereal sounds of “plugg” with more tonal melodies that are accentuated by distorted percussion, producing a grimey, DIY sound. END_OF_DOCUMENT_TOKEN_TO_BE_REPLACED

Massimo Youngblood, an afrobeat musician based in Ghana and the United Kingdom, has returned with a fresh new track that features Ciici Mani and one of the United Kingdom’s up-and-coming female vocalists, Laura Dia. END_OF_DOCUMENT_TOKEN_TO_BE_REPLACED

Flavour of Africa’s fiery performance on Sunday night at the 2022 SummerStage music festival in Central Park, New York will go down in history as a night to remember for lovers of African music END_OF_DOCUMENT_TOKEN_TO_BE_REPLACED

Ari Lennox sophomore season kicks into overdrive today with the official release of her new single, “Hoodie,” and its electrifying music video. Even more, fans’ long-awaited hopes are finally realized: The Grammy Award-nominated and multi-platinum singer-songwriter proudly announces her sophomore album, age/sex/location, will be released on Sept. 9 via Dreamville/Interscope Records. Pre-order the album HERE. END_OF_DOCUMENT_TOKEN_TO_BE_REPLACED