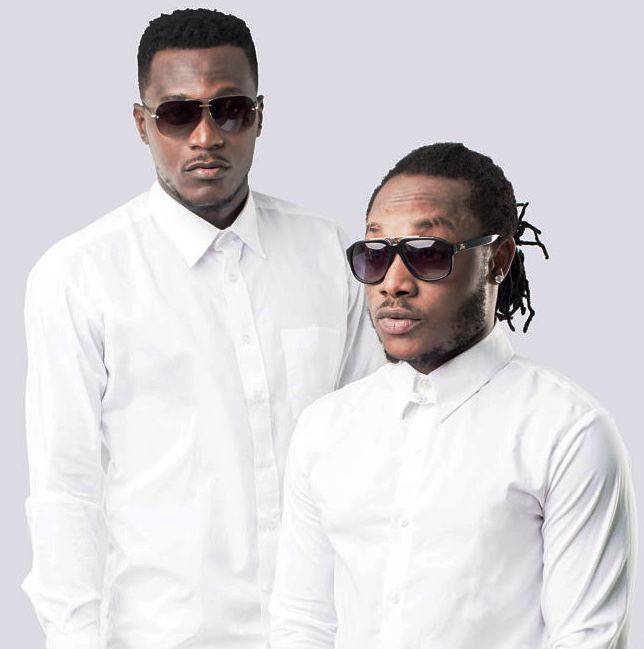 Ghanaian music duo, Keche which is made up of Joshua Ampah and Andrew Cudjoe have revealed that they are the most consistent group in Ghana at the moment.
Speaking in a recent interview on Cape Coast-based Radio Central with Amansan Krakye, Keche revealed that R2bees used to be number 1 but now they are on top when it comes to consistency.
“Right now they are saying we are most consistent group in Ghana. They said it was R2bees but now they are saying Keche is number 1″, they revealed.
The “Sokode” singers also asked  the fans and the media to keep supporting them.
“We will entreat the fans to keep supporting us. We will drop the songs but if they don’t support and the media houses don’t play it, the fans won’t hear. Not everyone is on social media so it’s the DJs who will play for everyone to hear so that it becomes hit”, they pleaded.
Keche who haven’t won VGMA before despite being in the game for 10 years also disclosed that their attention is not on awards now.
“Our minds are not on awards now. What we want now is for the song to become big so that we can entertain the fans everywhere”, they divulged.
Keche is currently promoting their new music titled “Odo” which has a classic video and it’s getting positive response.
Source: Wyse Brain
Related Topics:Keche
Up Next

What a time to be an African! On the back of a successful Global Citizen Festival in Accra, and a visit of  Recording Academy CEO, Harvey Mason Jr to Ghana, his first trip to West Africa, it appears that Afrobeats may soon get its individual shine at the Grammys! END_OF_DOCUMENT_TOKEN_TO_BE_REPLACED

The School of Graduate Studies of the University of Professional Studies (UPSA) has honoured Ghanaian musician, Rebecca Acheampong known popularly as Becca for her outstanding academic achievements. END_OF_DOCUMENT_TOKEN_TO_BE_REPLACED

Platinum selling artist, KiDi has reacted to the resurfacing of his old tweets on the social media platform. END_OF_DOCUMENT_TOKEN_TO_BE_REPLACED