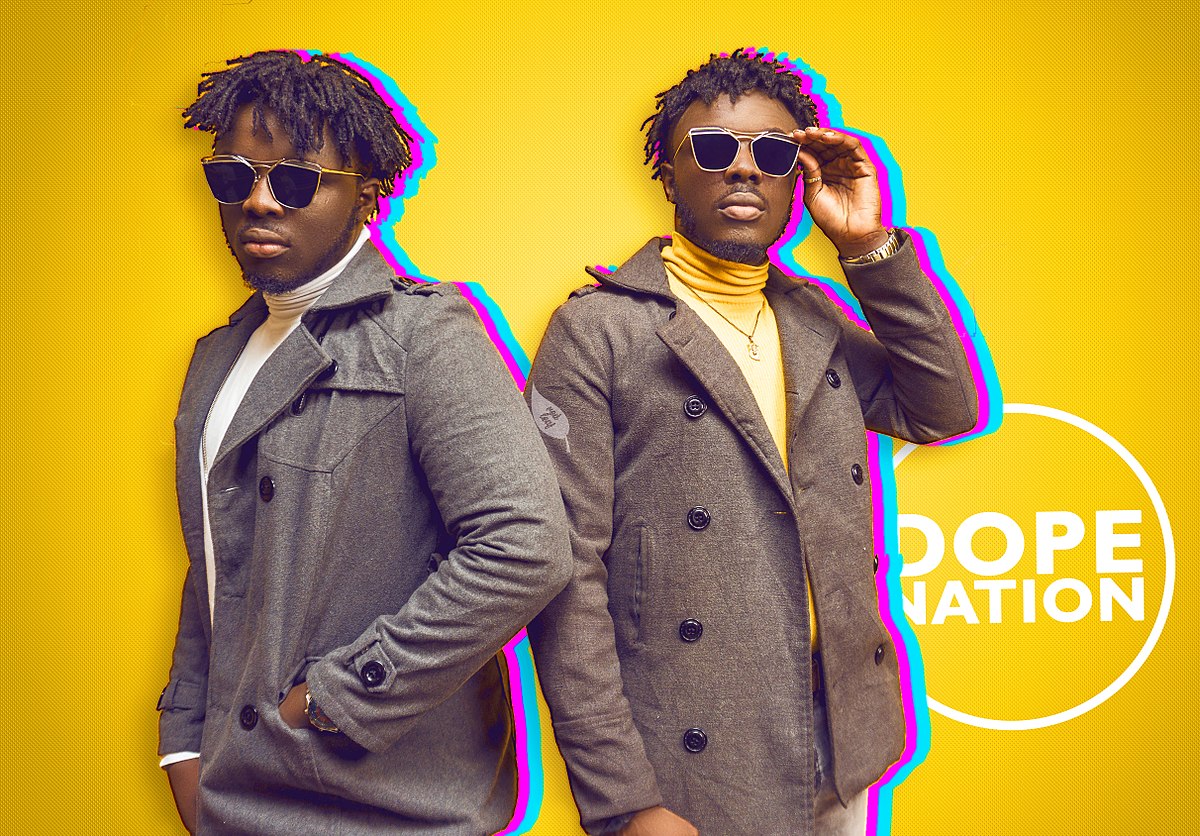 We decided to produce our own beats due to frustration- DopeNation[/caption] Fast rising musical duo, DopeNation has disclosed that, they decided to start producing their own beats due to the frustrations they faced while trying to enter the music industry. According to the identical twin brothers music duo,  they where fed up with the constant joining of long queues before they could record a song. Casting their minds back to 13 years ago in Takoradi, the “Eish” hit makers revealed how they used to wait in long queues to have a recording session with Takoradi based award winning producer WilliesBeatz. One half of the duo, B2, real name, Micheal Boafo told Andy Dosty on Daybreak Hitz on Hitz FM that WilliesBeatz, was, in those days busy recording big acts like Guru, Kofi Kinaata and Castro and therefore,  had time. “You have to buy Willies ‘waakye’,” he said. B2 further disclosed that the frustrations, led them to watch YouTube videos to learn how to produce their own beats. “It took us about five years to master [producing their beats],” he added. The duo is known for producing hit songs such as ‘Kpuu Kpaa’ by Shatta Wale, ‘Wow’ by Joey B feat EL, ‘Sebgefia’ by Joey B and EL, ‘Poison’ by Ebony Reigns, ‘Forever’ by Eazzy feat Mr Eazi, and ‘Nana Ama’ by Pappy Kojo.]]>