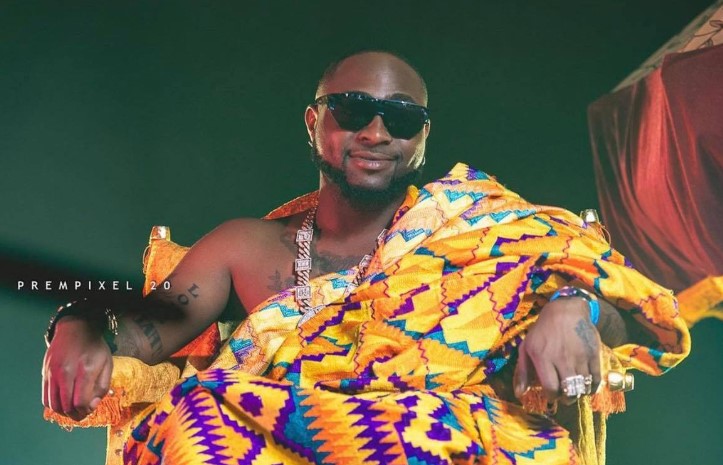 Afrobeat star Davido recently made an appearance on The Daily Show with Trevor Noah where he talked about his upcoming ‘We Rise By Lifting Others’ tour in North America.

The 5-day tour will take place at Prospect Park in Brooklyn on June 16th, HISTORY in Toronto on June 17th, The House of Blues in Boston on June 18th, Aragon Ballroom in Chicago on June 23rd, and Youtube Theater in Los Angeles on June 25th.

According to the singer, the tour is aimed at promoting African arts and culture.  ”For the rise by lifting others tour it is basically not only bring myself to America but also bringing everything else, African food, African fashion,  I’m only wearing African designers, I’m only eating African foods. I’m having African chef come in cook food backstage, bringing African dancers so its just not only me so we coming together we rise and we taking everybody with us” he revealed.

Viola Davis makes a stunning transformation in the new trailer for ‘The Woman King’, in which she plays Nanisca, leader of the all-female warriors known as the Agojie. END_OF_DOCUMENT_TOKEN_TO_BE_REPLACED

African-American businessman and jet broker Kelvin Mensah, popularly known as PJKev has added his voice to the many people against the building of the National Cathedral. END_OF_DOCUMENT_TOKEN_TO_BE_REPLACED

Nigerian hip-hop artiste, Eedris Abdulkareem has disclosed that he is battling kidney failure and will have a surgical operation at the end of July. END_OF_DOCUMENT_TOKEN_TO_BE_REPLACED

According to reports from Nigeria, unidentified gunmen have attacked an ‘advance team’ of President Buhari’s presidential aides leading to injuries to two people. END_OF_DOCUMENT_TOKEN_TO_BE_REPLACED

Sensational highlife/afrobeat artist KiDi has said that his dream is to collaborate with Daddy Lumba on a song. END_OF_DOCUMENT_TOKEN_TO_BE_REPLACED