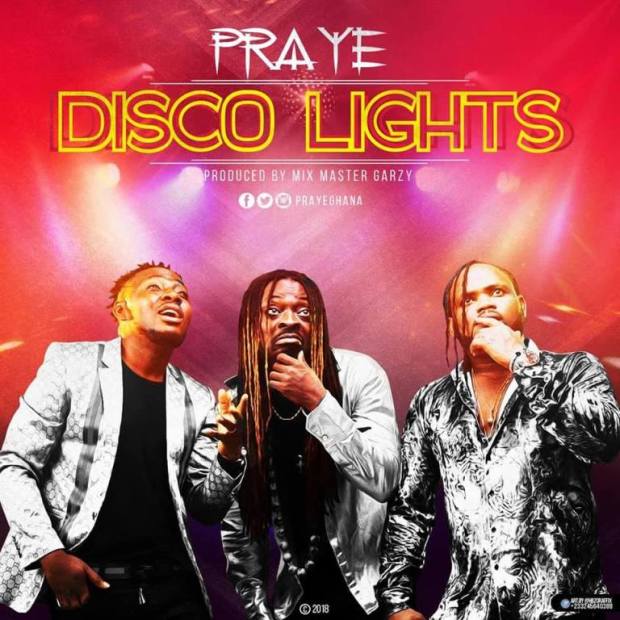 Music Group Praye[/caption] After going their separate ways for a period of about 4 years, music trio, Praye is back and hoping to take Ghana by storm. The reunited music trio, in a promotion tour of their three new songs, have made certain revelations and expressed concerns about a number of issues. One of them been that, they felt cheated at the 2013 Ghana Music Awards. In an interview with AJ Sarpong on Citi FM’s Brunch in the Citi, the ‘Shordy’ hit makers said it was obvious that they deserved to have won the ultimate award after having more nominations. “You said we have the Most Popular Song of the Year, you said we had the Album of the Year, we had the Afropop song of the Year. How can you have the Most Popular Song of the Year and not be the artiste who is everywhere. If you have the Most Popular Song it means everybody will bill you to perform. And you know what we do in stage, we dance, we sing. We were all over playing shows, then you deny us of the award,” they lamented. They noted that they understand it is not easy to put together awards and that voting patterns could also be the reason some awards elude ‘obvious winners.’ They are however satisfied because their fans cherish what they do. The group is currently promoting their three brand new singles, ‘Gbang Gban,’ ‘Disco Light’ and ‘Adesoa.’ Praye, comprises Choirmaster formerly Praye Tiatia, Kente formerly Praye Tenten, and Big J Cartel formerly Praye honeho. They made their debut to the music industry in 2004 after they emerged winners of the maiden edition of the Nescafe African Revelations talent hunt. Their popular hit tracks include ‘Shordy,’ ‘Angelina,’ ‘Jacket’, among others.]]>

Telling the African story is a calling – Claudia Lumor

Viola Davis makes a stunning transformation in the new trailer for ‘The Woman King’, in which she plays Nanisca, leader of the all-female warriors known as the Agojie. END_OF_DOCUMENT_TOKEN_TO_BE_REPLACED

African-American businessman and jet broker Kelvin Mensah, popularly known as PJKev has added his voice to the many people against the building of the National Cathedral. END_OF_DOCUMENT_TOKEN_TO_BE_REPLACED

Nigerian hip-hop artiste, Eedris Abdulkareem has disclosed that he is battling kidney failure and will have a surgical operation at the end of July. END_OF_DOCUMENT_TOKEN_TO_BE_REPLACED

According to reports from Nigeria, unidentified gunmen have attacked an ‘advance team’ of President Buhari’s presidential aides leading to injuries to two people. END_OF_DOCUMENT_TOKEN_TO_BE_REPLACED

Sensational highlife/afrobeat artist KiDi has said that his dream is to collaborate with Daddy Lumba on a song. END_OF_DOCUMENT_TOKEN_TO_BE_REPLACED