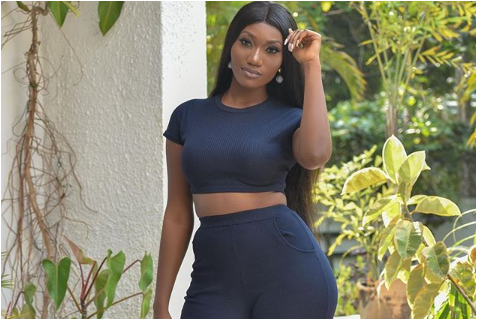 The VGMA 2019 New Artiste of the Year winner, Wendy Shay has been stripped off her Youth Employment Agency (YEA), ambassadorial role, according to reports.
The Rufftown record signee made several headlines last week after she and other ambassadors of the agency paid a courtesy call on Former President John Agyekum Kufuor, to solicit his support for a project.

A photo of the singer and ex-president Kufuor went viral on social media attracting wild criticisms from a section of the public in view of the gaze of Mr Kufuor who was seated close.

Part of the statement reads “Below are a list of Ambassadors currently engaged by the Agency:

Also, we have prominent people in society ranging from top-ranking public officials, Members of Parliament, Business Executives, Chiefs, Religious leaders etc who have endorsed our initiatives and have indicated their readiness and availability to act as advisors to the projects the Agency embark on.

Notable among these prominent individuals are:

2. Catherine Abelema Afeku, Minister and Member of Parliament and an astute Marketer.

These dignified individuals, as well as a host of others including CEOs in the Banking and Telecommunication Sector, are all ready and available to lend their support to the Agency when called upon.

It is unclear if the singer lost her ambassadorial role due to her conduct at former President Kuffour’s residence.