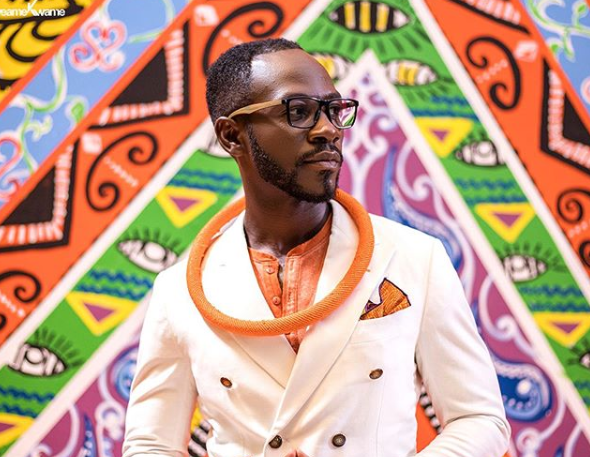 HIPLIFE artiste Okyeame Kwame has dismissed assertions that ‘old’ musicians in Ghana are using the new crop of artistes to revive their ‘dead’ brands by featuring them on their songs.

In recent times, there have been collaborations between young and old artistes, many of which have been very successful.

However, there are some critics who believe the old artistes benefit more from such collaborations than the new ones because they have been able to regain the attention of the music public.

However, Okyeame Kwame, popularly known as the ‘Rap Doctor’, who worked with acts such as KiDi and Kuami Eugene on his Made In Ghana album, said he was already an established brand and could never fade away.

“When I feature young artistes, I am rather offering them the opportunity to be great and not to use them to revive my brand. An artiste like me cannot expire. I have established a brand so strong that I cannot die out, not to talk of using up-and-coming artistes to resurrect my brand,” he told Showbiz last weekend.

Okyeame Kwame added that he usually featured young musicians for strategic reasons, explaining for instance that he featured KiDi and Kuami Eugene to highlight the virtues of the various ethnic groups and regions in Ghana while encouraging Ghanaians to be proud of their culture and heritage.

The “Rap Doctor” was the main performer at the Graphic Sports Boxing Festival at Big Ada on Friday, August 2, which was part of this year’s Asafotufiami Festival. The audience at the event went gaga as he performed some of his hit songs.

Clad in his trademark African print with white sneakers, Okyeame Kwame performed songs such as Small Small, Made in Ghana and Woso, which the audience sang along to.

The Graphic Sports Boxing Festival seeks to take the sport beyond its traditional base in Accra to communities across the country, especially during major traditional festivals. It is a project supported by boxing enthusiast Dr Daniel McKorley of the McDan Group.

It has been endorsed by boxing legend Azumah Nelson, who believes it will help unearth talents across the country to be groomed into future champions.

Some celebrities are living fake lifestyles which is affecting others -Opanka
Watch: I was underground for 16 years – Patapaa reveals
Advertisement