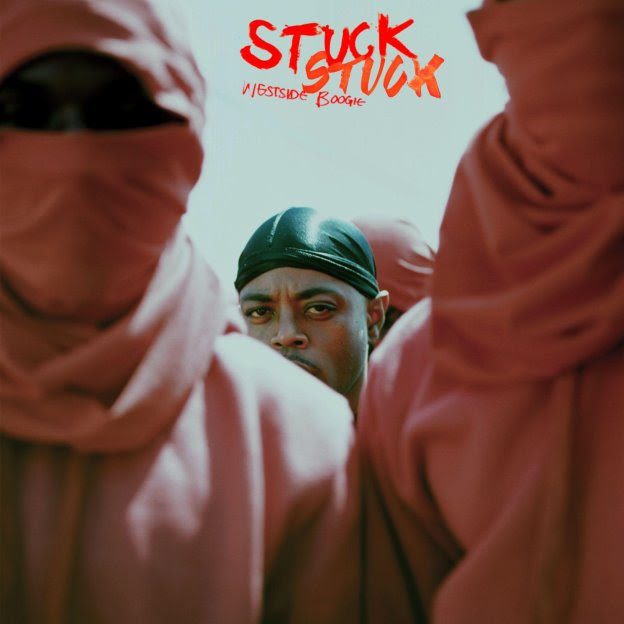 WESTSIDE BOOGIE’s hot streak continues with his new single, “Stuck,” out now via Shady Records/Interscope Records. With emotional strings, somber piano chords, and G-funk-inspired synths, “Stuck” provides a rich, multi-layered soundtrack for the California rapper’s contemplative bars. The track’s unfiltered, reflective tone is perfectly captured by the Khufu-directed visual. Watch it HERE. Yesterday, BOOGIE also shared a moving performance of the song introducing all of his alter egos(Anthony, RatchetBoog & Superblood Boog) through COLORS. Check it out HERE.
On “Stuck,” BOOGIE documents daily life in Compton, his drive for rap domination, and the hold his neighborhood still has on him. “Tell my momma that I love her, I don’t do that shit enough,” he spits. “I’m a bro bro and a cutta, I love the hood — you know I’m stuck.” The confessional track finds BOOGIE torn between two worlds as he tries to reconcile his past with his bright future. It’s the kind of raw, unflinchingly honest rap that BOOGIE does best. The MC’s internal conflict is expertly conveyed in the powerful video.
“Stuck” follows the blistering “Aight” as the second cut from the rap heavyweight’s hotly anticipated sophomore album “More Black Superheroes”. BOOGIE’s new era comes after a brief hiatus that stretches back to 2020’s “Outside.” That song, which features Pro Era general Joey Bada$$, paid subtle homage to Eminem’s 2000 classic “The Way I Am” while unloading a barrage of jabs at foes, and declaring BOOGIE’s status as one of the greatest rappers going.  With “Stuck,” BOOGIE shows off even more dimensions to his skills, turning in a razor-sharp anthem that showcases the pain that follows him, even when he’s topping the charts.
Few hip-hop artists command a space as purposefully anomalous as Long Beach-born, Compton-bred Anthony Dixson, whose stage name, Boogie, foreshadows his intrinsic talent for writing music that is rooted in realities that are simultaneously melancholy and joyfully uplifting. Oscillating between a soundscape underpinned by ardent praise rhythms and the gritty memories of a youth spent immersed in gangbanging, Boogie’s brand of rap is as much a credo of the streets as it is a constant reflection on purpose and growth.
With critical praise for his debut project Everythings For Sale in 2019, Boogie’s honest and true lyrics gained him fanfare among peers such as Eminem and The Game. With the ability to tell stories around mortality, fatherhood, love, and pain, Boogie has tapped into his gospel roots to work alongside other daring artists like Snoh Alegra, Ari Lennox, and Buddy. Boogie provided fans with a few gifts during the pandemic: The first was his poetic questioning of systemic oppression on Savil’s “Boxed In” back in September and most recently, the celebratory pivot, “12 Days of Bhristmas” with OMB Bloodbath. The latter track was featured on LVRN’s Home for The Holidays LP released in November.
Westside Boogie – “Stuck”
https://boogie.lnk.to/STUCK
Up Next 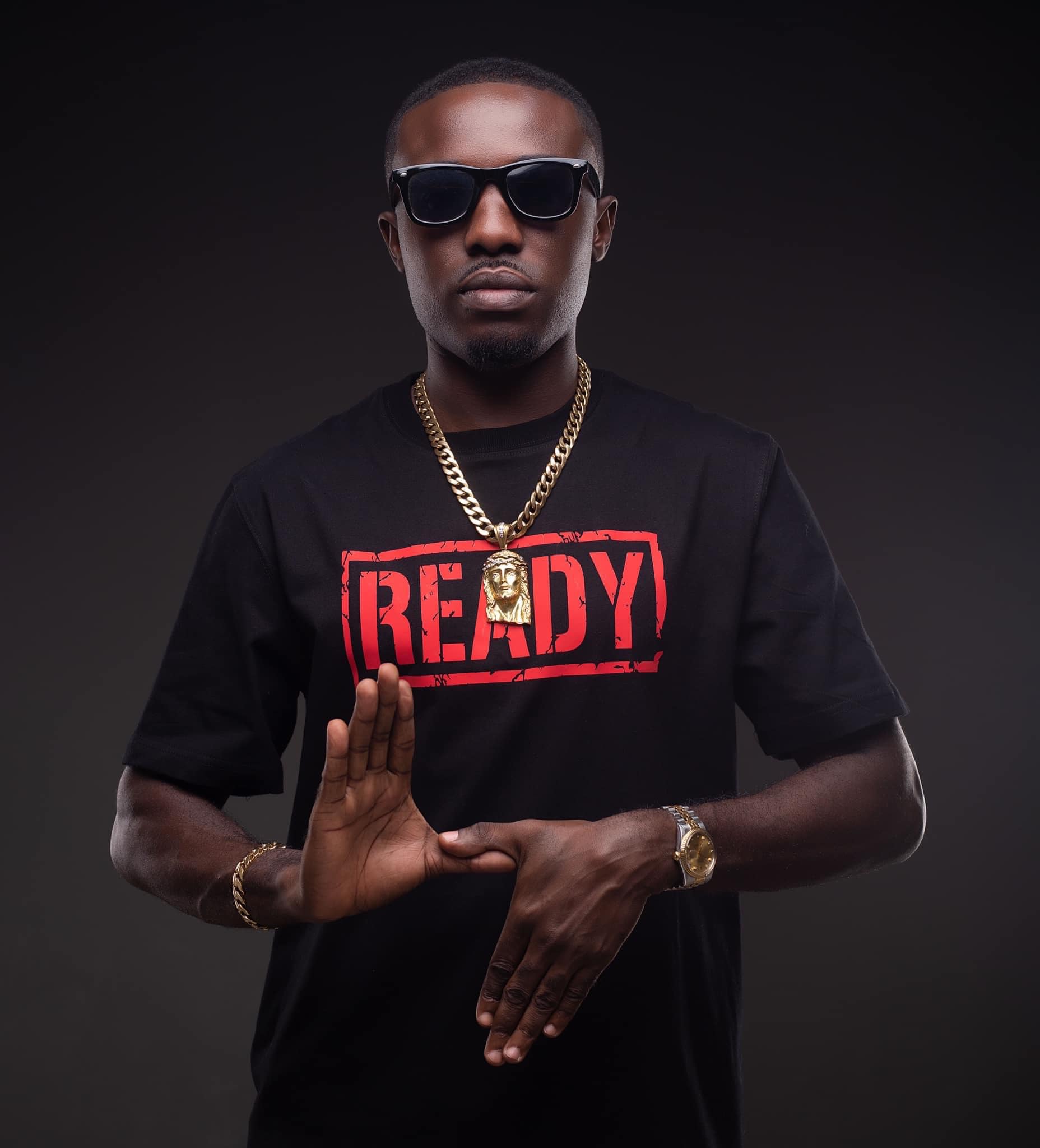 He’s back like he never left! AMG Bizness head honcho, Criss Waddle has ended his long hiatus from producing bangers with yet another big tune dubbed, ‘Take Me Back’.

He makes up for all the years he’s been silent with a Stonebwoy feature on this lover’s jam which comes with dope visuals, and guess what, it’s off his upcoming album!

The afrobeat rhythm oozes a relatable storyline of a guy being rejected by a woman he invested a lot of effort & resources into because he’s broke now.

‘TAKE ME BACK’ is an afrobeat project recorded by Criss Waddle and Stonebwoy and was produced by award-winning producer Beatz Da Kay.

Criss Waddle was born and raised in Tema, Ghana. His music influences are hip hop and afrobeat. He is affiliated to music group and community R2Bees. Pop/R&B artist Rayvon Owen new single “Faraway Lover” is out now along with the music video that can be viewed below:

Rayvon says, “I tend to write as I am feeling in the moment, and “Faraway Lover” is no exception. Caught in the middle of holding onto love vs. risking love that may not last, my past reminds me that if I have found something good, maybe I shouldn’t let it go this time. Almost nothing in life is certain to last forever, so you may as well enjoy and hold on to it while you can.

Rayvon Owen smoothly and seemingly effortlessly brings authenticity and emotion to his lyrical narrative and melodies. Each song in his catalogue is a glimpse into who Owen is as a person and a testament to the joy that can only come from being yourself.”

The Virginia native’s newest single, “Faraway Lover,” will be the first of his upcoming summer single releases.

Owen’s glowing collection of pop gems are layered with textures of soul, R&B, and incandescent synth. They have earned attention from the likes of People Magazine, Huffington Post, USA Today, and Billboard, and garnered millions of streams and views. His recent EP, Las Virginia, was well received by fans. Other recent singles have included: “Flexin’ My Vibe,” with a feature appearance from the “Selfie Kid” Ryan McKenna; “Tonight” with a feature from Matillo; “Like a Storm;” and “X,” which Owen credits for inspiring the vibe of Las Virginia.

Whether performing onstage, recording in the studio, diving deep into songwriting, or hosting his Webby Award-winning reality TV show The Sims Spark’d on TBS, Rayvon Owen strives to entertain his listeners, while also creating an immersive and inspirational experience. “I love singing about love, life experiences, and my journey growing up to be the person I am today.”

“Faraway Lover” out now at https://onerpm.link/faraway-lover 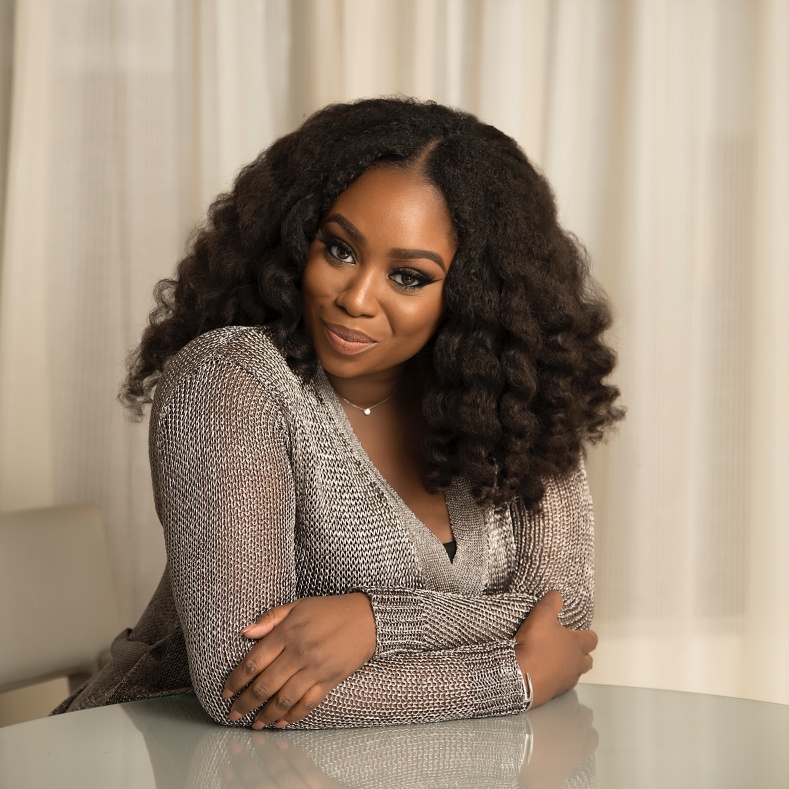 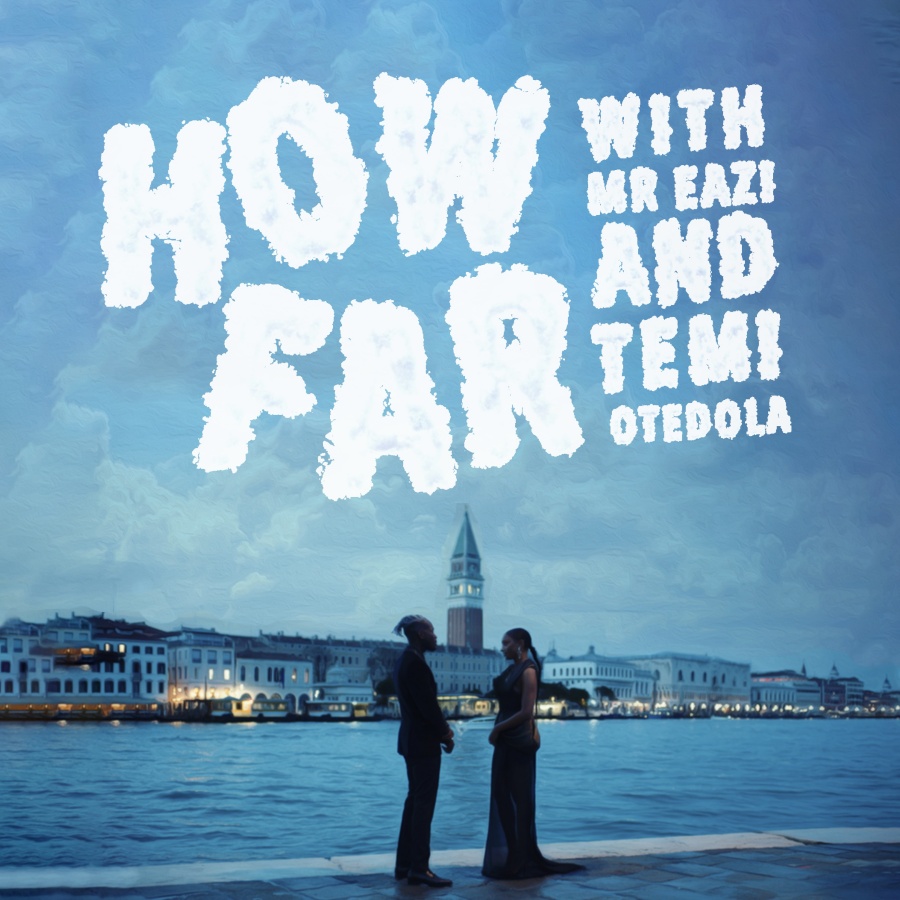