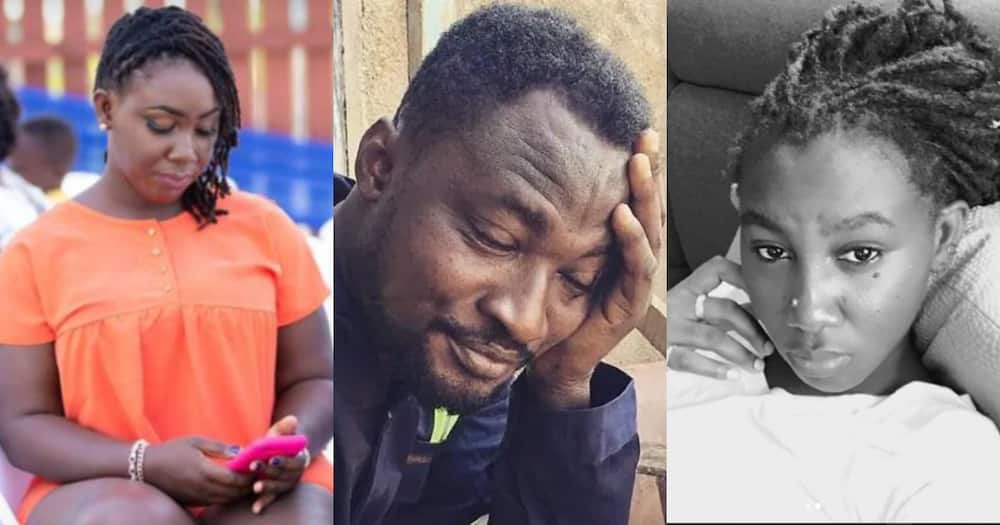 Ghanaian comedian and actor, Benson Nana Yaw Oduro Boateng a. k. a. Funny Face has opened up about the lessons he’s learned from his publicly failed relationships.

Over the past years, Ghanaians have witnessed the psychological effects of failed relationships on Funny Face’s brand and career.

From being arrested twice, spent days in police cells, underwent a court-ordered psychiatric examination at the Accra Psychiatric Hospital, a substance abuse examination at the Police Hospital, and paid a hefty fine of GH¢20,000 bail for allegedly threatening to kill his ex-wife and baby mama,  the ‘CHORKOR TROTRO’ actor was at his wit’s end and even threatened suicide.

In a new interview with Delay, Funny Face got candid about all his ordeals for the first time.

When asked if was mentally prepared before starting a relationship with his current baby mama, Vanessa, he openly admitted to rushing into that relationship right after his divorce from his first wife.

He further admitted to being an ’emotionally broken man’ who expects too much from people and ends up being disappointed.

Ghanaian actor and socialite, Don Little, has made a passionate appeal to his colleague Kwadwo Nkansah also known as Lilwin to go make peace with his ex-wife. END_OF_DOCUMENT_TOKEN_TO_BE_REPLACED

The Federal Government of Nigeria has taken legal actions against the husband of late gospel singer, Osinachi Nwachukwu. END_OF_DOCUMENT_TOKEN_TO_BE_REPLACED

From being the opening act at EL’s BAR VI concert to bagging a nomination at the 2022 3 Music Awards, Afrobeats/afro soul singer Darkua stopped by Ameyaw TV to talk about her musical journey. END_OF_DOCUMENT_TOKEN_TO_BE_REPLACED