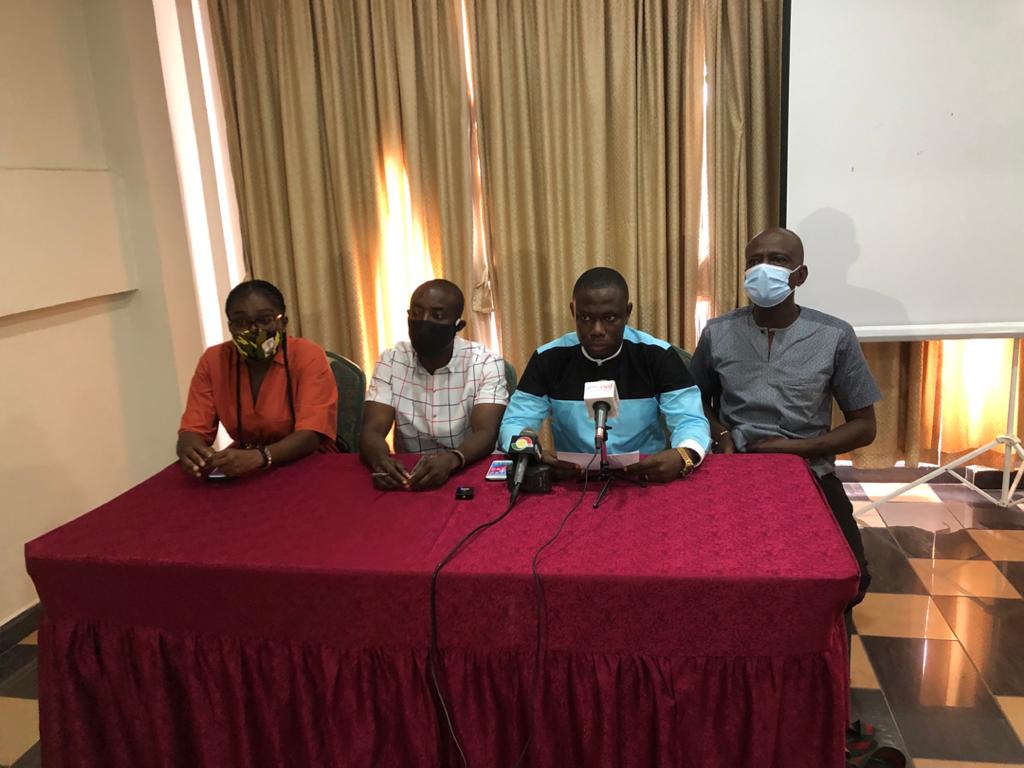 A number of Creative Arts personalities in the Ashanti Region of Ghana are not enthused about Government’s inability to officially confirm a selected site for the construction of an intended film village in the region.

The group cites two different reports all attributed to the  Minister for Tourism, Creative Arts and Culture of Ghana, Mrs. Barbara Oteng Gyasi.

In a press conference held at the Miklin Hotel in Kumasi on Wednesday, September 16, 2020, conveyor for  Creative Forum, Ashanti, Mr. Austin Woode asked the Minister to “to formally come out on the decision taken on where to construct the film village and give industry players, cogent reasons why a particular area was selected over the other 2.”

Read the full press statement from below:

“We called this press conference today on the proposed land for the Film Village in the Ashanti region.

On 24th July 2019, a group of creative arts industry players led by Creative Forum Ashanti petitioned Parliament to change the location of the proposed film village by the government of Ghana in the 2019 budget statement presented to Parliament by Ken Ofori-Atta from Eastern Region to Ashanti Region.

We argued that the Ashanti region is the hub of film making and many of the people associated with film making agreed that for convenience and ease of doing their work, they would prefer a film village in Ashanti Region

In our said petition, we presented a proposal that said we had already had discussions with the Chief of Kunsu(in the Ahafo Ano South District in the Ashanti Region) who had promised us 250-300 acres of land for free to be presented to the government if they decided to build the film village in Ashanti Region

This decision was reached because the Chief of Kunsu had already built a mini film village in his town and used for many movie productions like Abuburo Kosua, Su su pre and others that show on TV.

Also, many industry practitioners confirmed to us that many of the film projects from the Ashanti region are done in the Ahafo Ano South District of Ghana that harbours Kunsu.

Government through the Ministry of Tourism and Creative Arts took a decision to build a film village in the Ashanti Region after our petition. We will, however, like to put on record that during the consultations by the government for this project, our group that petitioned Parliament was never involved.

At no point were our views sort but all we heard in the media was 2 other areas’ that is Hemang and Sekyere had also presented lands to the government.

After almost 3 months, the technical committee that came to visit these 3 areas, Kunsu, Hemang and Sekyere have not come out with their decision

On the side of the MOU signing of the construction of a Conference centre in Kumasi, Minister Barbara Oteng Gyasi was asked about the decision on the film village and she said the technical committee had decided on Sekyere.

After the media reported this story, some leading members of FIPAG who were invited to tour these areas with the technical committee have come out to say the Minister has told them she never told the media that Sekyere was chosen

FIPAG President and PRO have stated categorically that after visits to the sites, the committee members told them Kunsu was best placed for the project and the town having a mini-film village currently ongoing was a bigger reason to site the national one there.

Creative Forum Ashanti and other bodies here will like to first of all thank Government for heeding to our petition to now construct a film village in Ashanti. This clearly shows the President and his government are a listening government.

Secondly, we will like the Minister of Tourism and Creative Arts to formally come out on the decision taken on where to construct the film village and give industry players, cogent reasons why a particular area was selected over the other 2.

This announcement should come with clear timelines for the project so we can all properly track the progress of work. We ask for these official statements so it puts to rest the bickering that has engulfed some industry players concerning this matter.

God bless our homeland Ghana and make our nation great and strong.”

Related Topics:Creative Forum
Up Next