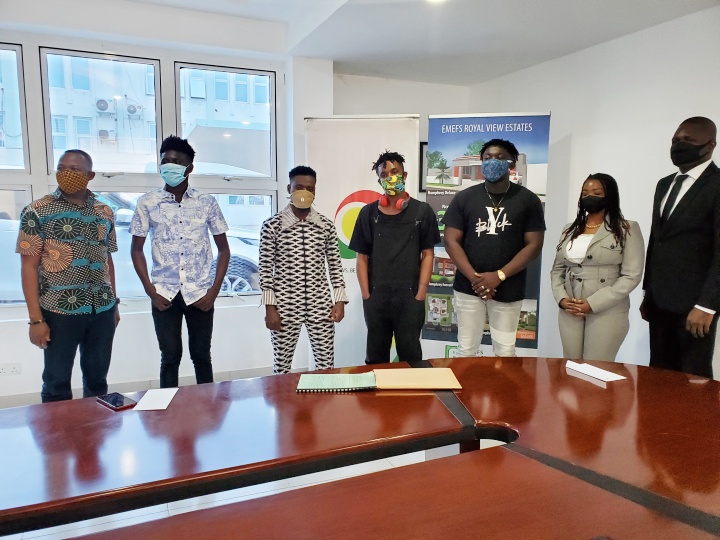 Management of  TV3 Network, on Friday 10th July 2020 presented the winners of Mentor Reloaded with their prizes at a brief ceremony at the offices of the station.

The General Manager of Media General Television, Mr. Francis Doku, congratulated the winners and urged them to work hard in order to produce good songs to entertain the world. He further assured them of Media General’s commitment to support them to launch their careers and also achieve mainstream success.

Related Topics:TV3 Mentor Reloaded
Up Next