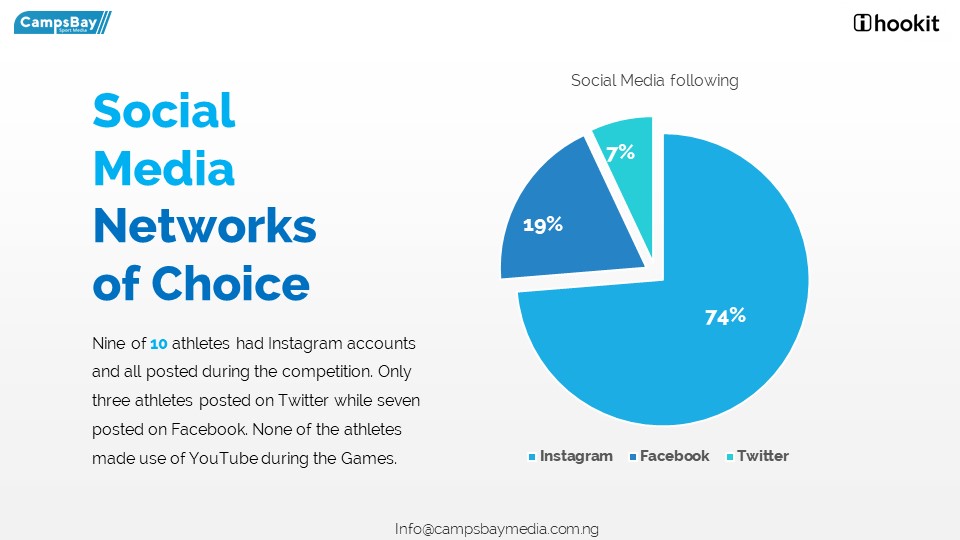 For African athletes that participated at the 2018 Winter Olympic Games in PyeongChang, it has emerged that Instagram was the best platform for generating quality interaction with their fans and followers. A new social media report from Lagos-based sports communication company, CampsBay Media using data provided by sponsorship analytics company Hookit, shows that African athletes generated twice as many interactions on Instagram than they did on Facebook and almost 20 times that of Twitter. “The activities of athletes at major sports events like the Olympics can help sponsors determine the best means of engagement with their influencers and fans,” said Lolade Adewuyi, chief strategist at CampsBay Media. Eight African countries sent competitors to South Korea, with Eritrea and Nigeria making their debut at the winter quadrennial. Ghana, Kenya, Madagascar, Morocco, South Africa and Togo also sent athletes to the Games. Nigerian bobsledder Seun Adigun generated the highest number of followers over the two weeks of the competition where she experienced a 36.3 percent growth, while skeleton athlete Simidele Adeagbo generated the highest number of interactions across the three social media platforms – Instagram, Twitter and Facebook. Adeagbo’s 99 posts earned 175,359 interactions with the bulk of it coming from Instagram. Adigun added 9,644 new followers to finish the Games with 37,421 followers. Kenyan alpine skier, Sabrina Simader, had the best engagement on Facebook where she earned 130,719 interactions from 12 posts. Ghana’s skeleton athlete, Akwasi Frimpong, had the best Twitter engagement sharing 101 posts, several of them being retweets, and earning 15,077 interactions. Eritrea’s Shannon Abeda, another alpine skier, had the highest growth percentage at 74.5 percent. The full report can be downloaded on the CampsBay Media website. https://youtu.be/MEZFYkqQe-8]]>

JOB Opportunity Information Sessions To Be Held For Unemployed Graduates