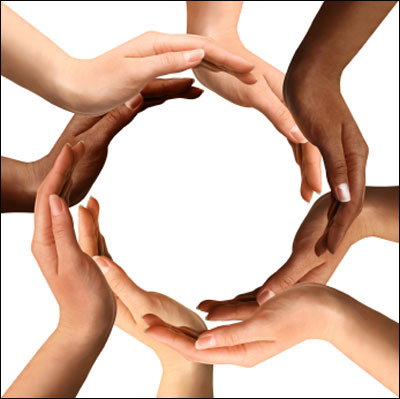 “The true measure of any society can be found in how it treats its most vulnerable members” – Mahatma Gandhi, Indian lawyer, anti-colonial nationalist and political ethicist

Africa is well endowed when it comes to human and natural resources but then again Africa is behind in major development metrics. The key to resolving this mystery is not far-fetched; it lies in the failure of managers of affairs on the continent to adequately translate the abundant resources into visible prosperity.

For the avoidance of doubt, conservative estimates by United Nations (UN) agencies suggest that the continent is home to more than 60 percent of the world’s arable landmass; the second largest and longest rivers (the Nile and the Congo); and its second-largest tropical forest.

As of 2016, the African Development Bank (AfDB) estimated that the total value added by the continent’s fisheries and aquaculture sector alone is estimated at US$ 24 billion. In addition, it holds about 30 percent of all global mineral reserves and perhaps, most importantly, the youngest population in the world, with approximately 70 percent of sub-Saharan Africa under the age of 30.

Yet, the Gross Domestic Product (GDP) of its 1.3 billion people (2020 estimates) is US$2.7 trillion, which is US$246 billion less than France’s GDP, the 7th largest economy in the world. For additional context, the European Union’s 447.7 million inhabitants command a GDP of about US$17.9 trillion (2020 estimates).

Again, the reason for these sober figures is not rocket science, it is found in the neglect of value addition to resources and as the world approaches a new wave of industrialisation, human resources is set to become the most important asset of any society. With this in mind, how a nation develops its human capital has become the determining factor for its long-term viability.

The Human Development Index (HDI) is a statistic developed in 1990 and compiled by the United Nations to measure various countries’ levels of social and economic development. It was established to place emphasis on the opportunities individuals require to lead dignified lives.

As a summary measure for assessing long-term progress, it takes into consideration three basic dimensions of human development: a long and healthy life, access to knowledge and a decent standard of living. Long and healthy life is measured by life expectancy.

HDI is a key framework for social protection, which the UN describes succinctly as: “Social protection systems help individuals and families, especially the poor and vulnerable, cope with crises and shocks, find jobs, improve productivity, invest in the health and education of their children, and protect the ageing population. Social protection programs are at the heart of boosting human capital for the world’s most vulnerable.”

Since independence, the nation has initiated a number of stop-start social protection measures, with much of the social protection framework operated by traditional, family, faith and welfare-based institutions.

Assessment of the true impact of these programmes, however, have been initiated by the supply-side – the government, with minimal input from the demand-side – direct beneficiaries, their agents and relevant civil society organisation. This gap informed the commissioning of a Mirror Report by the Civil Society Partnership on Social Accountability for Social Protection, aggregating citizen assessments of these key interventions.

According to the Partnership, “The purpose of the Mirror Report is to provide a complimentary report to the official government report on social protection delivery with the view to promote mutual accountability on the implementation of social protection interventions… to reflect citizens’ experiences of services and identify critical issues for achieving social protection as a right.”

The findings of the study, which covered one district in each of the 10 ‘traditional’ regions in the country, pointed to some interesting, if not alarming points. It showed that since 2015, less than one percent of the nation’s GDP has cumulatively been spent on the five principal social protection interventions, putting Ghana behind its Lower-Middle Income peers in Sub-Saharan Africa (SSA) who spend approximately 2.2 percent of GDP, in this regard.

Unsurprisingly, the nation’s social protection expenditure pales in comparison to the Middle-Income range, which the United Nations Children’s Fund (UNICEF) indicates is between 6.7 percent and 8.7 percent. This simply does not bode well for the long-term fortunes and sustainability of the country.

Other key findings include budget planning and execution being a challenge, as seen in significant disparities between approved programme budgets and actual outturns, improper targeting and selection of beneficiaries, inconsistent data on key metrics as well as perceived political interference in the smooth running and potential scaling up of the programmes.

Whilst the above makes for gloomy reading, there is ample time to change the trajectory of social protection programmes in the country, prioritise human capital development and enhance the lot of the citizenry.

Specific recommendations include the gradual increase of social protection spending to 4.5 percent of GDP by 2025, in line with global developments; develop a stronger framework for timely and adequate social protection budget allocation and disbursements; and the establishment of a dedicated fund for social protection interventions.

Others include the prioritisation of logistics; an increase in payouts, especially for LEAP, in light of prevailing inflationary pressures; the depoliticisation of the social protection value chain and the expediting of the Social Protection Bill. Also, government has been urged to expand the scope of the current flagship programmes to capture all eligible persons. LEAP, for example, currently covers 1.65 million out of the 2.4 million extremely poor Ghanaians.

Beyond the race to attaining the eight Millennium Development Goals (MDGs) and the wider 17 Sustainable Development Goals (SDGs), the survival and advancement of the country, now more than ever, relies on how well we harness our most important resources – human beings, especially the most vulnerable.

The Ghana Chapter of the Young African Women Congress (YAWC) Network and the ExLA Group Health Programme (EGHP) have carried out an outreach programme at the female division of the Nsawam Minimum Security Prisons on Thursday 4th August, 2022. END_OF_DOCUMENT_TOKEN_TO_BE_REPLACED

Toyin Lawani, Nigerian Entrepreneur sits with Chude Jideonwo, host of #WithChude and founder of Joy, Inc. to share about the loss of her pregnancy, her family and her previous relationship. END_OF_DOCUMENT_TOKEN_TO_BE_REPLACED

Here, we’ll be documenting our experience with buying and trying out different cannabis strains from UnitedCannabisSeeds.com. END_OF_DOCUMENT_TOKEN_TO_BE_REPLACED

On Tuesday, August 2, Netflix hosted a “See What’s Next Africa” content showcase in Lagos, Nigeria, to spotlight its increased investment in Africa’s rich storytelling history through exciting new projects in a wide range of genres and formats that will be available in 190 countries. END_OF_DOCUMENT_TOKEN_TO_BE_REPLACED

The Ghana Beauty Awards (GBA), is here again with the 6th Edition under the theme; Celebrating Beauty Excellence; the key to sustainable economic growth. END_OF_DOCUMENT_TOKEN_TO_BE_REPLACED

“Greater works is always a huge endeavor; we start working from the end of one edition for the next one. These things don’t just happen by chance. What we call the ANOINTING is deliberately nurtured and cultivated. We have to build a place for GOD; a system for GOD to use; you can’t just out of the moment pull up anything and say GOD use it. We have to prepare for HIM and so we take time to prepare. “ END_OF_DOCUMENT_TOKEN_TO_BE_REPLACED