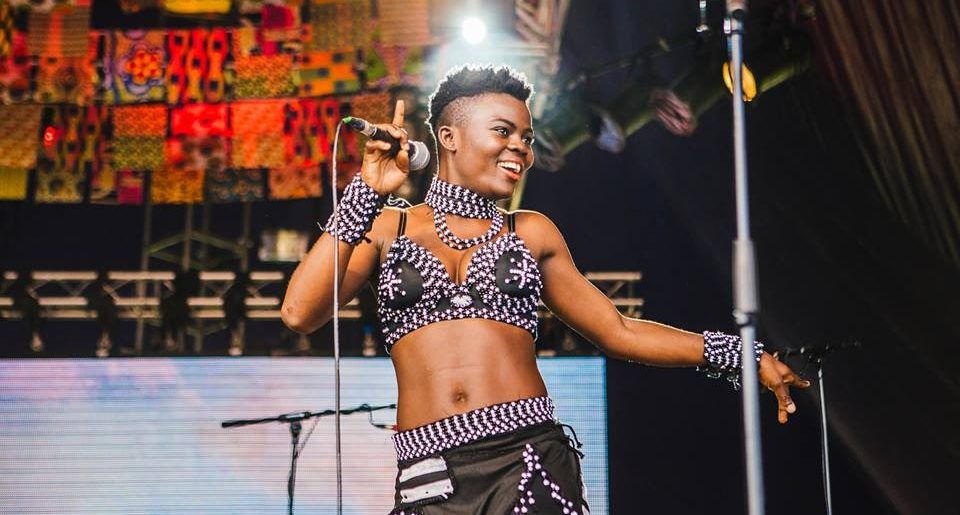 Wiyaala rocks London[/caption] Ghanaian Afro pop singer and song writer, Wiyaala has impressed on almost every stage that she steps on, both locally and internationally. The 31 years old singer who is well known for her energetic stage performance received lots of applause when she performed at the 16th London Africa Musical Festival last Saturday. For nearly two hours, the singer and her band, kept patrons on their feet as she served them with back to back performance of her hit songs. One of the touching moments was when the patrons sang along to her song, “Africa”. Wiyaala further used the opportunity to outdoor her new songs “Valla and “Rock & Sand” which is off her forthcoming new album dubbed “Sissala goddess”. The “Make me dance” hit maker, will be in Ghana for her “Lioness Concert” after she ends her “Lioness Tour” in Bristol. Watch a video of Wiyaala at the Vortex Jazz Club in London below. [youtube https://www.youtube.com/watch?v=9BS1LVf-eW0]]]>

Black Stars Captain, Andre Ayew has spoken up after his penalty miss at the FIFA 2022 World Cup Tournament. END_OF_DOCUMENT_TOKEN_TO_BE_REPLACED

Ghanaian actor and entrepreneur, John Dumelo has requested for the funds set aside for the Black Stars, had they qualified to the round of 16 in the FIFA 2022 World Cup, to be used to purchase desks for school kids. END_OF_DOCUMENT_TOKEN_TO_BE_REPLACED