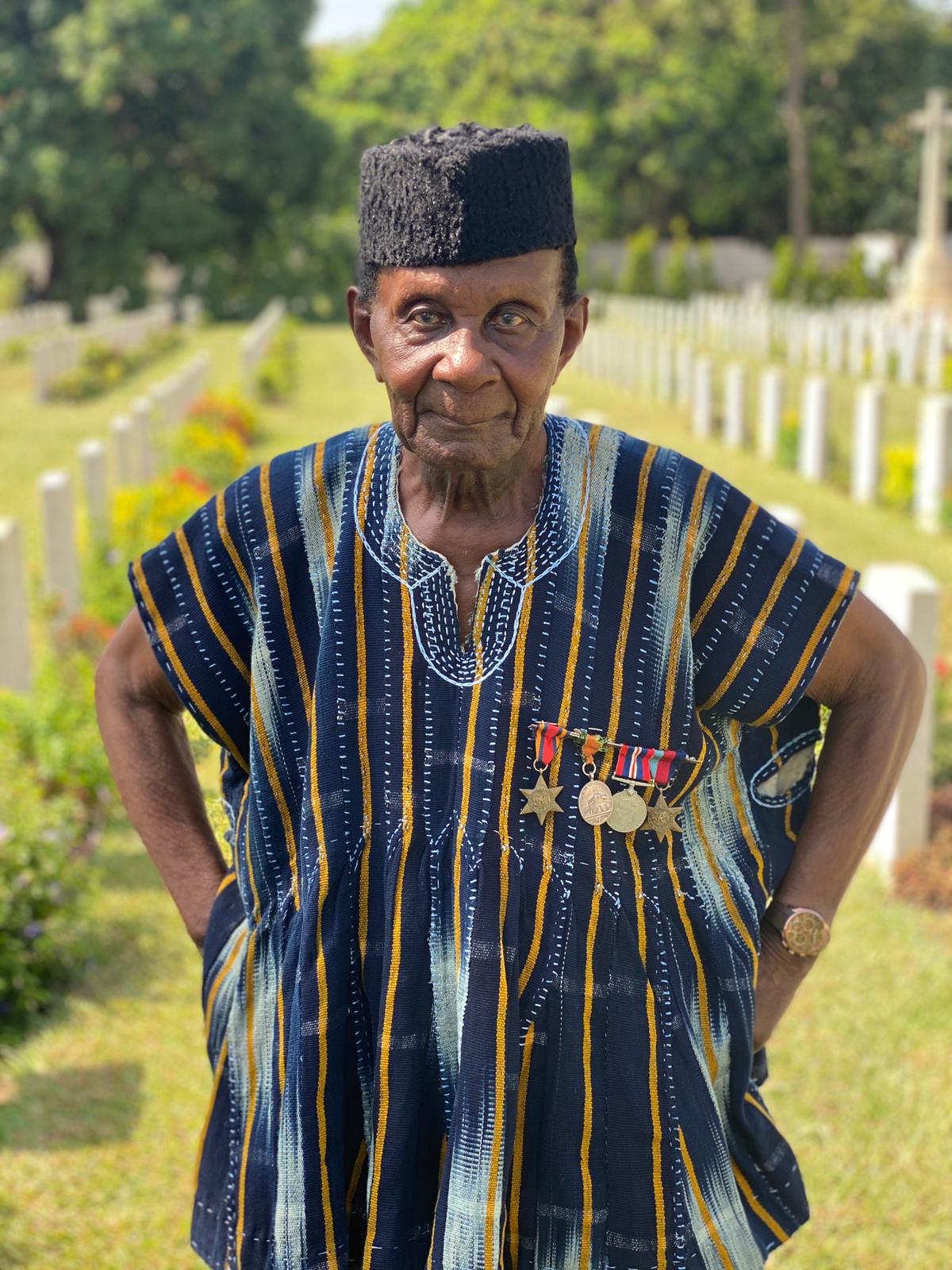 Warrant Officer Class One (WO1) Joseph Ashitey Hammond, has made a donation to the Royal Commonwealth Ex-Services League (RCEL) to provide relief for vulnerable veterans.

In early May 2020, WO1 Hammond embarked on a 14 mile walk to raise funds for essential workers fighting the COVID-19 pandemic, as well as providing relief for vulnerable veterans within the Commonwealth. This fundraising effort was successful and garnered considerable financial support.

Speaking on the donation, WO1 Hammond stated:

“The financial and moral support I have received during this initiative has been overwhelming and incredibly unexpected. My donation today could not have been possible without the generous contributions from the public. I am truly grateful to all who have supported me on this journey and I know the RCEL will utilize the funds efficiently.’

“I want to take this opportunity to thank you for all that you have done for the league and for donating the funds generated from your walk in support of vulnerable veterans across Africa. We are grateful that you believe the RCEL is your chosen organization to carry out this vital task. Your achievements have been remarkable and you are an inspiration to us all.”

WO1’s fundraising initiative has gained international recognition and acknowledgement. He was recently promoted from a Private to Warrant Officer Class One by His Excellency Nana Addo Dankwa Akufo-Addo, the President of Ghana and given a Commonwealth Points of Light Award by Her Majesty Queen Elizabeth II. Endorsement messages have also been received from His Royal Highness Charles, the Prince of Wales, Prince Harry and General Sir Mark Carleton-Smith as well as Sir Tom More who was the inspiration behind WO1 Hammond’s walk.

The Forces Help Africa and GUBA Enterprise on behalf of WO1 Hammond, express great gratitude for the generous support, donation and overall receipt of this initiative. The funds will continue to positively impact the society.

GUBA Enterprise is a social enterprise organisation dedicated to the advancement of diaspora Africans and Africans back home through various socio – economic programs and initiatives. The organisation currently has various brand activities namely GUBA Awards, GUBA Foundation, GUBA Expo, GUBA Careers, GUBA Diaspora Card, GUBA Tours and GUBA Talks. Our goal is to provide an engaging network for promoting greater cultural diversity globally, as well as raising the profile of the African continent. GUBA Enterprise supports and engages the African diaspora, and aids in attracting investments into the African continent.

We are a support to all pre independence veterans who served the crown or under the British command within all the commonwealth countries in Africa before their country gained independence who have become sick injured or fallen on hard times as a result of serving their country, and Ex-British African soldiers who are looking at relocating back home to the various African countries within the commonwealth.

Related Topics:Ashitey Hammond
Up Next