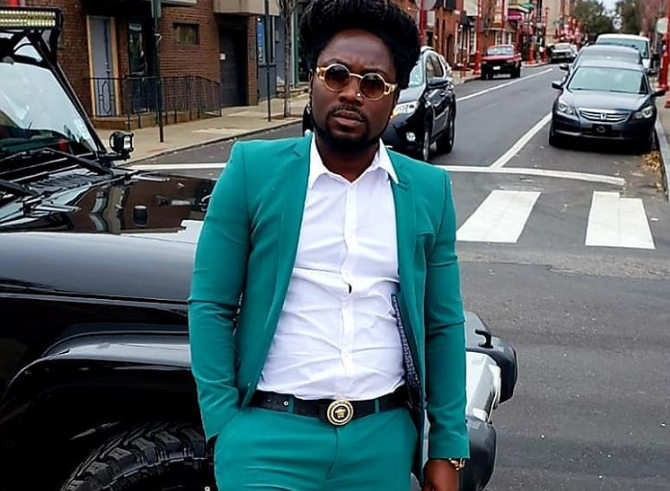 Wutah Kobby, of the now defunct music group,Wutah, has said that Ghanaian artistes are not as popular as their songs outside the country.

The Highlife singer in an interview with Sammy Flex on the Real Talk Show, stated that based on his personal experience, Ghanaian songs are more popular abroad than the artist themselves.

“Ghanaian artist aren’t popular abroad. Their songs are rather popular than the artists themselves. Most of the artists are comfortable here than when they go abroad.

The way everyone recognizes you in Ghana is not the same abroad. For instance if you get to Ghana airport you are recognized very well but when you go outside nobody knows you as compared to Ghana.

You are only recognized when you have a number one hit song, when it fades you are forgotten,” he said.

Earlier this year, Wutah Kobby accused his former group member Afriyie of Greed. he revealed the group has not been effective after their hit song ‘Bronya’ because Afriyie,  has been uncooperative.

Being an entrepreneur is not glamorous – Cassper Nyovest

I am worth celebrating – Obrafour

Viola Davis makes a stunning transformation in the new trailer for ‘The Woman King’, in which she plays Nanisca, leader of the all-female warriors known as the Agojie. END_OF_DOCUMENT_TOKEN_TO_BE_REPLACED

African-American businessman and jet broker Kelvin Mensah, popularly known as PJKev has added his voice to the many people against the building of the National Cathedral. END_OF_DOCUMENT_TOKEN_TO_BE_REPLACED

Nigerian hip-hop artiste, Eedris Abdulkareem has disclosed that he is battling kidney failure and will have a surgical operation at the end of July. END_OF_DOCUMENT_TOKEN_TO_BE_REPLACED

According to reports from Nigeria, unidentified gunmen have attacked an ‘advance team’ of President Buhari’s presidential aides leading to injuries to two people. END_OF_DOCUMENT_TOKEN_TO_BE_REPLACED

Sensational highlife/afrobeat artist KiDi has said that his dream is to collaborate with Daddy Lumba on a song. END_OF_DOCUMENT_TOKEN_TO_BE_REPLACED