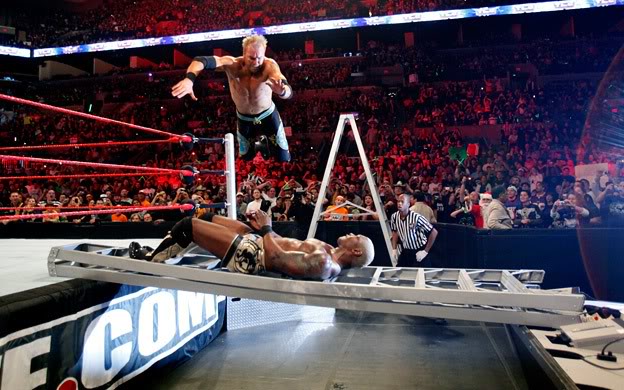 DStv viewers will be in for a thrilling night of professional wrestling action as SuperSport features the 2019 WWETables, Ladders & Chairs (TLC) from the Target Center in Minneapolis, United States on Monday 16 December 2019.

The live pre-show begins at 01:30 CAT on SuperSport 4, SuperSport Maximo 2 and the WWE Channel 128, before the Pay-Per-View Special is screened live from 02:00 CAT on the same channels.

For those who love their wrestling but are not night owls, there will be a repeat later the same day at 19:00 CAT on SuperSport 11 and 20:00 CAT on the WWE Channel 128.

SuperSport viewers can look forward to seeing Roman Reigns and King Corbin bring their rivalry to a head with a Tables, Ladders & Chairs match. Their current feud dates back to Survivor Series, when Reigns famously took down Corbin with a spear in an elimination match and sparked off a conflict which will end in dramatic style come Monday morning.

Another crunch clash at the WWE Tables, Ladders & Chairs in Minneapolis sees The New Day (made up of Kofi Kingston and Big E) defend their WWE SmackDown Tag Team Championship against The Revival (Scott Dawson and Dash Wilder). Kingston and Big E won the title off The Revival last month, but Dawson and Wilder emerged victorious in a fatal four-way elimination match to earn a shot at reclaiming the belts.

The WWE event will also feature an historic Tables, Ladders & Chairs tag team match for the WWE Women’s Tag Team Championship as the Kabuki Warriors defend their belts against the team of Becky Lynch and Charlotte Flair; Rusev will look for revenge against Bobby Lashley in a tables match; and the imposing Aleister Black will face Buddy Murphy in a singles match.

Finally, SuperSport viewers can also enjoy a singles match between Bray Wyatt ‘The Fiend’ and The Miz. The latter has become drawn into the rivalry between Wyatt and Daniel Bryan, with ‘The Fiend’ claiming the Universal Championship back at Survivor Series. Wyatt has even threatened The Miz’s family in the build-up to this clash, which will be a non-title match but is sure to be one for the ages.

Don’t miss the 2019 WWE Survivor Series on DStv. Visit www.dstv.com to subscribe or upgrade and join in on the excitement. And while you’re on the move, you can stream the action on DStv Now.

Continue Reading
Advertisement
You may also like...
Related Topics:WWE Tables Ladders and Chairs